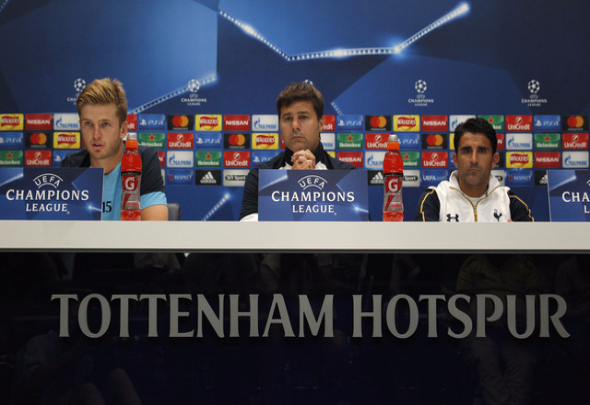 Tottenham assistant manager Jesus Perez believes that his side’s mid-season trip to Barcelona is a good chance to ‘break the routine’ and get the players closer as a unit.

The Spurs first team, as well as some of the young members of the squa, travelled to the Catalonian capital after their 2-2 draw with Manchester City on Saturday and have trained at the Olympic Stadium in the city today.

“It’s good to change routine, to stay together in a nice city and to share time as a group,” told Perez to the club’s official Twitter account.

“We’ve played so many matches so far and it’s the same – a lot of training, the same routine.

“Of course we are training here, we are not on holiday but they have time to be together as a group, they can do activities here together. In London it’s very difficult because everyone lives in different places and it’s not easy to stay for three or four days between matches.

“We want to be better as a group and as a team.”

🤔 Why are we in Barcelona for a mid-season training camp? 🤔

Tottenham’s draw on Saturday evening was the first time they failed to win in six games and meant they dropped down to third in the Premier League, one point behind Arsenal in second and nine behind pace-setters Chelsea.

Pochettino’s side came from two goals down with in-form Dele Alli and Heung Min-Son rescuing a point.

Saturday could possibly be a chance for Pochettino to rest some key first team players as his side faces Wycombe at home in the FA Cup fourth round.

That clash is followed by a Tuesday night game against bottom of the league Sunderland.

Five fixtures, with the potential to be six, in 22 days during February could prove to drain thr squad further as the business end of the season approaches.