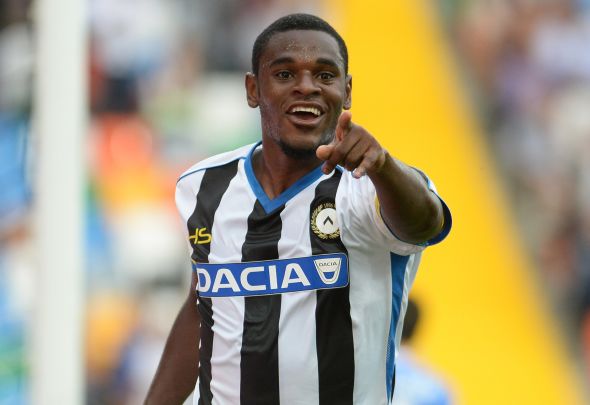 Premier League outfit Burnley are reportedly eyeing a move to sign Napoli forward Duvan Zapata but Celtic should swoop in and steal him from the Clarets’ clutches.

The Daily Mail claim the 26-year-old is interesting Sean Dyche’s Lancashire-based side with Andre Gray moving to Watford.

It is said that Napoli’s Serie A rivals Torino had a bid of £12million rejected back in July and that could see Burnley strike a deal, with a loan deal also said to be available.

Zapata almost joined West Ham back in 2013 but a move failed to materialise and now he could be looking for a way out of Napoli, with first-team football unlikely.

The likes of Arkadiusz Milik, Dries Mertens and Jose Callejon are all ahead of Zapata in the pecking order, and that could make him available to leave the Italian giants.

Football Insider analyses three reasons why Zapata would be the perfect signing at Parkhead this summer, including how he can offer Brendan Rodgers something different in the final third: