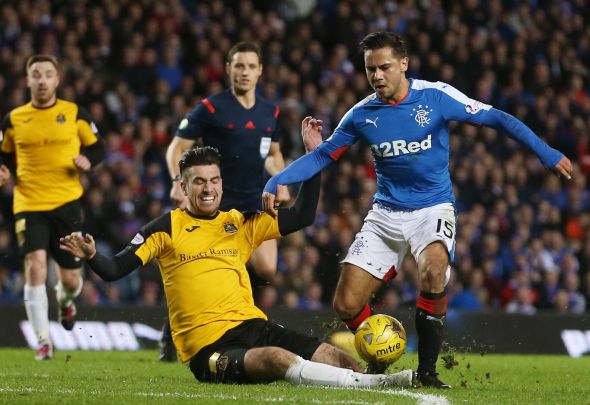 Rangers star Harry Forrester has attracted interest from a number of English clubs and could leave the Ibrox, according to a recent report.

The Daily Record has revealed that the 26-year-old is on the radar of Championship outfit Bolton Wanderers and League One side Charlton Athletic.

The Scottish newspaper has revealed that the English attacker is allowed to leave the Light Blues in a free transfer with the two English clubs keeping close tabs on the former Aston Villa academy starlet.

It is understood that Charlton submitted an offer for the winger but a deal has not been carried through despite Forrester’s urge to move back to an English club.

The report also states that earlier in the summer Forrester rejected a move to Southend in order to play in the Europa League qualifiers with Pedro Caixinha’s squad, but the club crashed out in a humiliating defeat to Luxembourg side Progres Niederkorn.

Forrester moved to Ibrox in a three-year-deal from Doncaster Rovers in January 2016 and helped carry the club towards promotion back to the Premiership.

The 26-year-old made a valuable contribution last season after he scored three goals and provided two assists during his 28 appearances across all competitions.

In other Rangers news, striker undergoes medical ahead of exit from Ibrox.