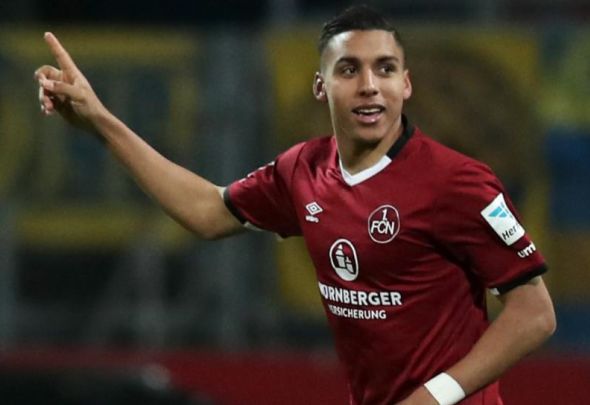 Aston Villa would take a mammoth leap towards securing promotion to the Premier League at the second attempt by signing Nurnberg playmaker Abdelhamid Sabiri.

The attacker was in excellent form for Nurnburg last season, scoring a huge 17 goals in 30 games for the first team and reserve side. Upon his introduction into the first team, Sabiri found the back of the net five times in nine games.

Sabiri, 20, was dropped from his side’s pre-season friendly against Borussia Monchengladbach and is now said to be “unsettled” with his sights firmly set on playing in the Premier League.

However, Steve Bruce must look to convince the versatile attacker that he needs to shine in Villa’s promotion to the top tier of English football before fulfilling his dream.

Football Insider examines three reasons why Sabiri would be the perfect addition to the Midlands giants’ side, including how the youngster could be available on the cheap: