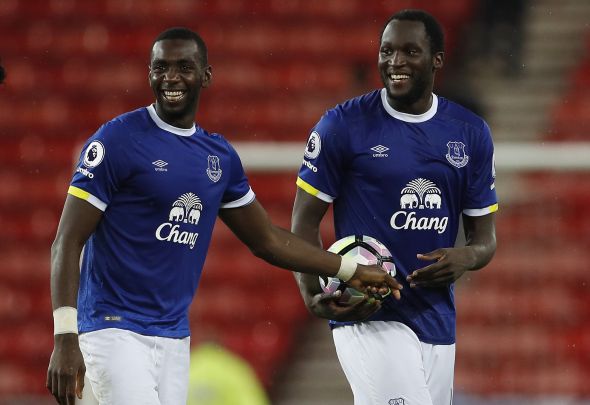 Everton fans celebrated Yannick Bolasie featuring for the Under-23s side on Monday as the winger continues his comeback from injury.

Bolasie played the final 30 minutes of the game against Leicester City, making it the first time he’s played in nearly a year.

The winger has been kept out since last December with a serious knee injury, and is now expected back in January.

Bolasie posted a picture of himself coming on as substitute in Monday’s game on Twitter, and fans praised his return.

Good to get a run out with @Everton U23, Happy to be out there again 🙂 The hard work starts now!
God is great #InGodsTime #TheComeback 🙏🏾🔵 pic.twitter.com/Cpny45iQJq

The winger told the Liverpool Echo that he expects to be “back at it” within a month or two, with the player expected to play few more games for the Under-23s first.

Bolasie only managed 15 games for the Toffees after his £25million move from Crystal Palace, due to sustaining a knee injury.

Despite this, Everton fans were keen for the star to return with a few tipping him to score against Liverpool in January.

The Toffees face the Reds on January 5 in the third round of the FA Cup.

The two sides met in Everton’s last game on Sunday, with the Toffees earning a 1-1 draw against their bitter rivals.

Here are happy Everton fans praising the return of Bolasie on Twitter:

Great to have you back Yannick 😎 …Hoping to see you back at you're best in the coming months and making the impact we know you can!!! #WeveMissedYou COYB!!! 🔵⚪

Great to see Bolasie back 👍🏻 https://t.co/MCvb9xDviu

Glad to have u back, @YannickBolasie cracking player for us

Brilliant to see you coming back. Premier next step #runsdownthewing

In other Everton news, the Toffees are planning to hijack Swansea’s move for this Champions League star