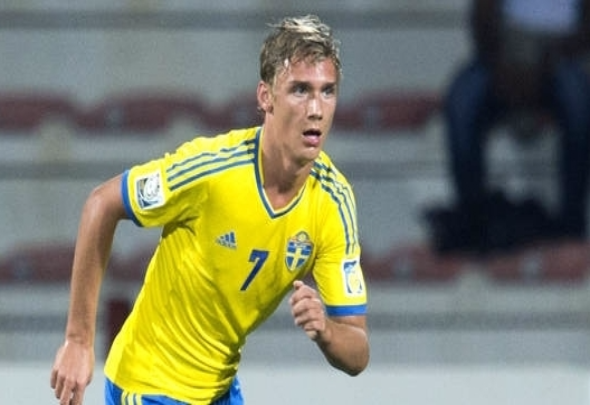 Leeds could be closing in on the signing of another Sweden international defender as he prepares for a transfer, according to reports.

Swedish publication Aftonbladet claim the Norrkoping defender Linus Wahlqvist might be heading to Elland Road after he was omitted from the team that lost to Shakhtar Donetsk on Saturday.

It is said that the omission of right-back Wahlqvist, 20, has prompted further speculation that he could be headed to England.

Belgian outlet Voetbal Belgie reported that Leeds and Stoke have been keeping close tabs on the Sweden international, who has already been capped five times by his country.

Jansson has been a huge success at Elland Road and it emerged this week that he has agreed a four-year contract to join permanently, which will come into effect in the summer.

Another former loanee Pablo Hernandez has also signed a permanent Leeds contract this month, although the playmaker’s deal only runs until the end of the season, with an option to extend for a further 12 months.

Leeds have not yet signed any new players in the January window and Garry Monk made the case for reinforcements following Sunday’s humiliating FA Cup exit to non-league Sutton United.