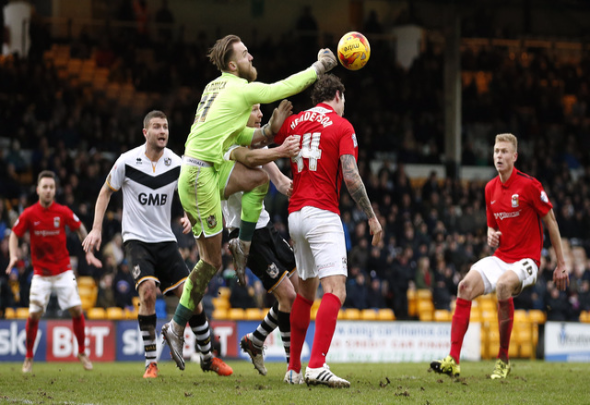 Jak Alnwick is set to undergo a medical on Monday ahead of a proposed switch to Rangers from Port Vale, according to a report.

The Scottish Sun claim that the 23-year-old is expected join the Gers on Monday once he has completed a medical Monday morning.

The report details that the goalkeeper travelled north after Port Vale’s defeat to Scunthorpe.

Rangers had a £250,000 bid accept for Alnwick last week and he is set to provide competition to Wes Foderingham for a starting position.

Meanwhile, veteran shot stopper Matt Gilks is also expected to complete a move to Wigan on Monday and leave a spot open in the Rangers squad.

Alnwick has bene in good form for Port Vale this season and has already racked up 30 appearances across all competitions.

The goalkeeper has kept 10 clean sheets in that time and is highly rated in the Football League.

He is a former Newcastle player and has found great consistency since his move to Port Vale in 2015.

Alnwick will be a great addition to the squad and a strong replacement for Gilks, who is reaching the latter stages of his career. In comparison, Alnwick is an emerging player and still has so much to develop as a goalkeeper. The 23-year-old has proven his qualities already this season in League One and should be able to make the step up to the Scottish Premiership. He will be able to challenge Foderingham for the number one slot and certainly improve Mark Warburton’s squad. The £250,000 price tag could turn out to be a bargain fee if his game continues to develop at the same rate.

In other Rangers transfer news, the club have issued an emphatic response to a Premier League club after a midfielder bid.