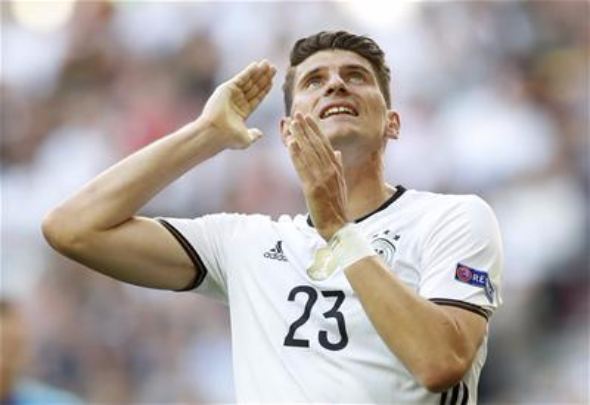 West Ham are planning a bid for German forward Mario Gomez, according to a report.

Italian website Tuttomercatoweb claim that Gomez is surplus to requirements at Fiorentina, and they are keen to get him off the wage bill with a year still to run on his contract.

The Mirror now report that West Ham are weighing up a £7million bid for the striker to improve their attacking options.

West Ham have been linked with a striker all summer and the 2007 German Footballer of the Year is said to be high on manager Slaven Bilic’s shortlist after an impressive 2015/16 campaign.

The Evening Standard report that Fiorentina are prepared to listen to offers for Gomez, which has opened the door for the London club to make an official approach.

The former Bayern Munich hitman scored 26 goals in 33 Super Lig appearances last season on-loan at Besiktas, as they blew away their opponents to clinch their 14th Turkish league title.

The 31-year-old’s decision to leave comes after an attempted army coup took place in Turkey, that resulted in at least 161 people losing their lives.

Gomez, who moved to Bayern for £25million in 2009 from Bundesliga rivals Stuttgart, claimed on his Facebook Page that he would love to move back to Besiktas in the future.

Manager Bilic has been in the hunt for a proven goalscorer all summer, and has been linked with the likes of Christian Benteke, Michy Batshuayi, Alexandre Lacazette, Theo Walcott and a sensational East London return for Carlos Tevez.

Forward Jonathan Calleri told ESPN that he has completed his loan move to West Ham and the Argentinian will compete in the Premier League for the first time.

In other West Ham transfer news, they have turned their attention to a new left-back target and are £900,000 short of the asking price.