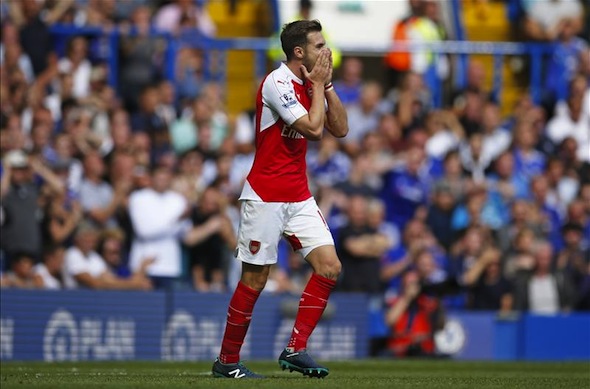 Arsenal and Wales midfielder Aaron Ramsay has warned his teammates that Crystal Palace will be ‘dangerous’ ahead of the sides meeting tonight.

Arsenal travel to Selhurst Park tonight hoping to make it back-to-back wins after their fine 3-0 victory over West Ham on Wednesday night.

Mesut Ozil, Theo Walcott and Olivier Giroud all netted in the win at the Emirates as Arsenal moved into fifth.

However after Manchester United beat Sunderland 3-0 yesterday, they leap-frogged Arsenal into fifth, leaving the Gunners in sixth.

Palace are in great form themselves, having won four of their last five Premier League matches, and they will provide a stern test for Arsene Wenger’s side.

Ramsey, 26, said of his London rivals on Soccer Saturday, as quoted by Sky Sports: “Crystal Palace is always a tough place to go. We can’t underestimate them.

“They have some quality players in their team. We know with a Sam Allardyce team that they are very well organised, very strong and dangerous from set pieces too.

“We’re going to have to match that and be up for the fight. Hopefully our quality will come through.”

Ramsey has struggled with injuries this season and has made just 14 appearances in the Premier League this season.

The Welshman, who has been capped 46 times, will be hoping he returns to fitness and form as the Gunners start their end of season run in.

An Arsenal win tonight at Selhurst Park will move them back into fifth, above United on goal difference, as they continue in their quest for a top-four finish.

In other Arsenal news, Arsene Wenger believes this 28-year-old Arsenal star has what it takes to captain England.