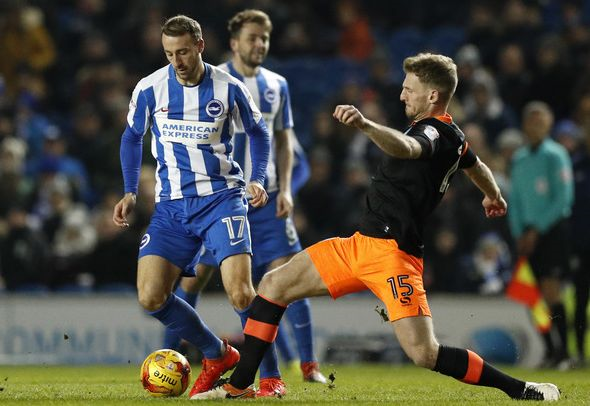 Carlos Carvalhal should name up to three changes to his Sheffield Wednesday side for their meeting with Birmingham on Friday.

The Owls chief should recall defender Tom Lees to his starting line-up following a brief injury absence, while Will Buckley and Sam Hutchinson should also be handed important roles.

Vincent Sasso, David Jones and Adam Reach should be the men to drop out for Sheffield Wednesday, following the 1-0 Championship victory over Wigan last time out.

If passed fit ahead of kick-off, Carvalhal should also ensure goalscorer Gary Hooper is on call in case January signing Rhodes doesn’t fire.

The only defensive change that should be made by Carvalhal is the straight swap of Lees for Sasso in the heart of the defence.

The 26-year-old rock played no part in the recent victory over Wigan due to a knee injury, but his influential performances for the club this season means he simply must return to the line-up if deemed fit enough.

Lees has played the full 90 minutes in each of his 27 league appearances for the club this term, contributing to a Sheffield Wednesday side with the fourth-best defensive record in the league.

The midfield, on the other hand, should be tampered with by Carvalhal to get the best possible result against Birmingham.

Sam Hutchinson should be recalled to the line-up after serving his two-match suspension for his dismissal against Brighton, and should replace Jones in the centre-of-midfield.

Buckley, meanwhile, has been back in training after a lengthy injury lay-off, and should take up his traditional role on the right-hand side, meaning Wallace shifts over to the left.

The 27-year-old has been restricted to just eight league appearances this term because of his shoulder injury, but played 75 minutes for the development side on Monday.

Forestieri and Rhodes should be allowed to continue as Sheffield Wednesday’s premier attacking-duo, in the hope that the two can form a strong partnership with one another.

Gary Hooper may also be in contention, but may be restricted to a substitute role after only recently returning from injury. The 29-year-old will be an important man to have back though, having netted five goals already this season.

Victory for Sheffield Wednesday would be the best possible result to match their promotion ambitions for the season, and it could see them narrow the gap behind Leeds to just two points.

In other Sheffield Wednesday news, Peter Beagrie has delivered his verdict on the club’s promotion chances, whilst naming the player integral to their top-tier ambitions.

We’ve launched an << EXCLUSIVE TRANSFER WINDOW NEWS FEED>>. ‘Like Us’ on Facebook by clicking here if you want 24/7 updates on all Sheffield Wednesday transfer news