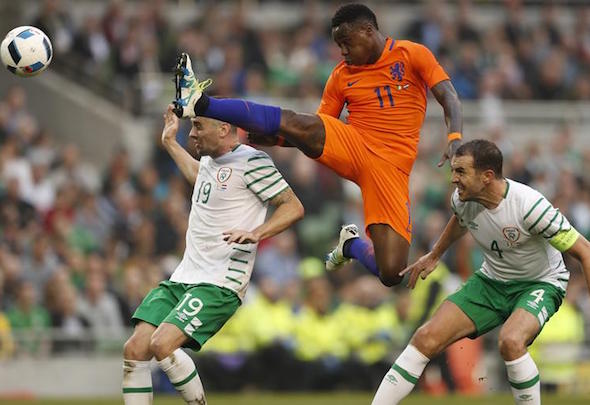 Liverpool are interested in signing Spartak Moscow midfielder Quincy Promes, according to a report.

The Mirror claim that the Reds are preparing a January move for the winger after missing out on number one target Julian Draxler, who confirmed his move to Paris Saint-Germain.

The report details that Promes has a release clause set at £20million and Liverpool could get a bargain price for the goalscorer.

It is understood that manager Jurgen Klopp is in the market for an attacker as he prepares for Sadio Mane’s absence to the African Cup of Nations during January.

Promes is currently plying his trade in the Russian league with Spartak and has an impressive record for a wide player, scoring 37 goals and supplying 20 assists in 78 appearances.

The 24-year-old fits the mould of a Liverpool attacker and has the potential to fit into Klopp’s three-man attack, with the ability to play anywhere across the frontline.

The Holland international is blessed with phenomenal pace and is also composed in front of goal.

Liverpool should chase the signature of Promes in the January window as £20million could turn out to be a great price for the prolific attacker. The winger is a proven scorer and appears to be the perfect replacement for Sadio Mane. He should help add competition to the squad and challenge the likes of Roberto Firmino and Philippe Coutinho for a starting position. Liverpool boss Klopp needs to strengthen his squad in January if they are to sustain their title challenge and Promes appears to be the perfect fit for his system. The Reds have been in sensational attacking form this season and would improve their options with this signing.

In other Liverpool transfer news, Klopp has revealed the club’s strategy in the January window.