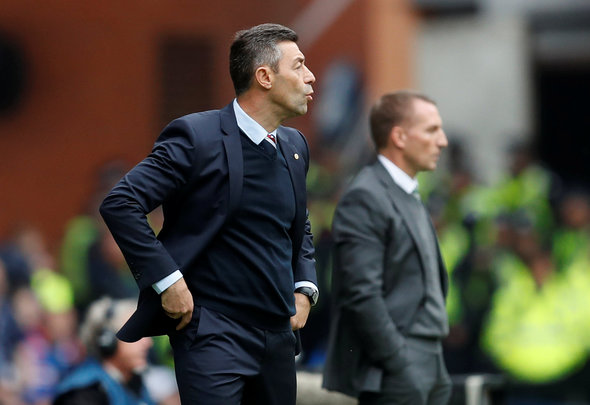 Rookie coach Graeme Murty has been made favourite to be appointed Rangers next permanent manager, according to the latest bookmakers’ odds.

SkyBet have priced Murty at 5/2 to take the reigns at Ibrox – should they sack Pedro Caixinha – ahead of Alex McLeish (6/1) and Derek McInnes (7/1).

Sky Sports reported on their live daily blog on Thursday [11:47am] that the board had held a crunch meeting over the Rangers manager’s future at the club after a string of poor results.

The Gers find themselves in fourth place in the Scottish Premiership after Wednesday’s 1-1 draw with Kilmarnock and it appears that the result may have been the last straw for the beleagured Ibrox board.

Caixinha was only appointed at Rangers boss in March and was handed a three-year deal when he replaced Mark Warburton in the hotseat.

The Light Blues face a trip to Edinburgh on Saturday to face Hearts at their temporary Murrayfield home in a game they must win.

The 46-year-old rebuilt his squad over the summer with 11 new faces replace the 12 players he shipped out but several of his new signings have struggled with Scottish football.

Carlos Pena and Eduardo Herrera were Rangers’ two biggest financial outlays of the summer but neither has been able to command regular first-team football since moving to Scotland.

Here we at Football Insider takes a look at each of the favourites to replace Caixinha.