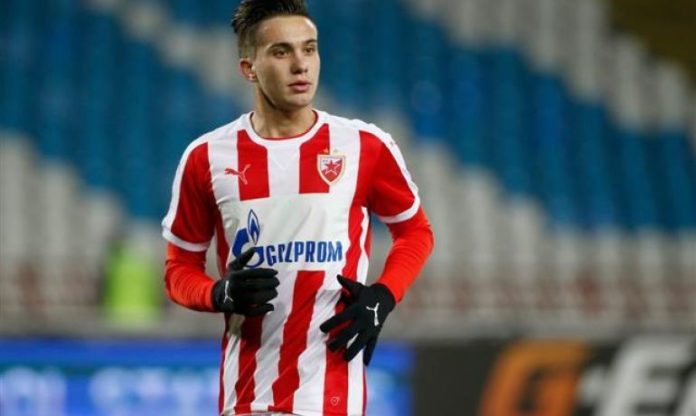 It seems likely that Charly Musonda’s disappointing loan spell with Celtic may well be coming to a premature end.

Brendan Rodgers has even stated, as quoted by the Daily Record, that Chelsea could well end the loan agreement a year earlier, due to the Belgian’s lack of playing time.

The Hoops will now need a replacement attacker, and one player who seems like an ideal replacement is Red Star Belgrade winger Luka Adzic.

The Bhoys have previously been linked with a move for the 19-year-old, with the player’s agent claiming in January, as reported by the Daily Record, that the Hoops have the attacker on their radar.

A move has not yet materialised, but it might now after the failure of the Musonda experiment.

The player is 6ft tall, which is not what you expect from a winger, especially those at Celtic, where the wingers are usually small and tricky, and as a result Adzic would add a new, powerful dimension to the team.

Adzic’s contract runs out in December, so the Hoops would have to pay a transfer fee for the player, but he seems to exemplify the Hoops’ transfer policy, a player that you buy for cheap then sell on in a few years for a huge transfer fee.

Only time will tell if the move happens, but Adzic looks to be an ideal replacement for Musonda as the Hoops go forward.

In other Celtic news, Brendan Rodgers is keeping quiet about reports of Odsonne Edouard signing