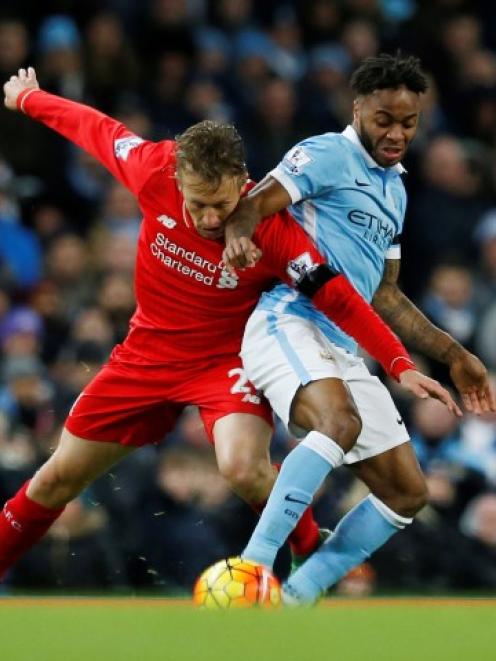 Newly promoted Brighton are discussing a move for Liverpool stalwart Lucas Leiva, according to a report.

The Mirror has claimed on Thursday that manager Chris Hughton is plotting an ambitious move for the 30-year-old Brazilian, whose contract is set to expire at the end of June.

It is believed that the former Newcastle boss wants to bring in top-flight ready players and Lucas, who according to the Daily Star earns £80,000-a-week certainly fits that bill.

Now, it is believed that the midfield enforcer is being discussed as a potential signing for the Seagulls and that he is now set for end of season talks with manager Jurgen Klopp over his future.

The experienced central midfielder has been at Liverpool since 2007 after joining from Brazilian outfit Gremio for £5million.

He has also competed in 245 matches in total for the Reds, but his game time has been reduced in the most recent campaigns.

Lucas has been afforded more playing time recently due to injuries to Jordan Henderson in the midfield, but at the start of the season when everyone was fit he started just two of the club’s first 13 Premier League fixtures and he could now be tempted by a move away to a fellow top-flight club in order to gain more first team football.

There is no doubting that Lucas has been a good servant to Liverpool, but these days he’s more of a reflection of the club’s past, rather than where the Reds are aiming to get to. Unfortunately for the Brazilian age has crept up on him and he is often the weak link in the Merseyside team this season. Therefore, Liverpool should avoid handing him a new deal and allow him to leave in the summer in order to keep clear of tarnishing the memory of the experienced Lucas any further.

In other Liverpool transfer news, Steve Nicol believes this player will dislodge unreliable mainstay from the Reds’ team.