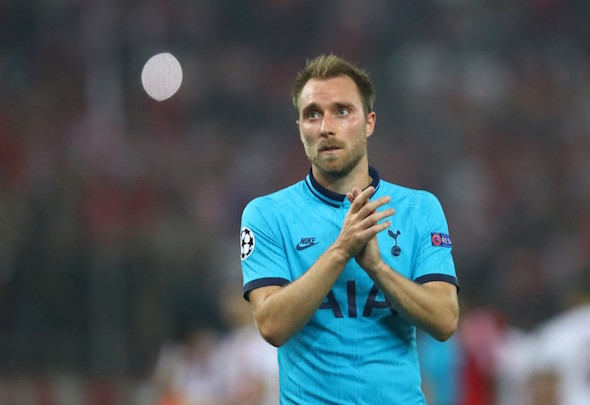 Leicester City playmaker James Maddison is a “real gem” who would be an ideal replacement for Christian Eriksen, according to Noel Whelan.

Speaking exclusively to Football Insider, the ex-Leeds United and Coventry City claimed the 22-year-old is a massive talent destined to be a real star in the Premier League.

Whelan has watched Maddison develop from his days as a rising star at Coventry and Norwich City into a player wanted by England’s elite clubs.

Eriksen is out of contract at Tottenham at the end of the season and Maddison is on the radar of Spurs as they look to replace one of their outstanding players of the Mauricio Pochettino era.

“James Maddison is good enough to replace Eriksen, absolutely” Whelan told Football Insider. “I saw him when he was breaking through at Coventry and Norwich, and he is a great player.

“He’s now part of the England set-up and you can see why – he’s technically excellent, quick-thinking, has a great passing range and hurts teams with his creativity.

“He’s a real gem who would be the perfect Eriksen replacement. The problem for Tottenham is there will be plenty of competition for his signature. You can see Liverpool, Man City, all the big boys wanting him.”

Maddison joined Leicester from Norwich in the summer of 2018 for £22million and had a fine debut campaign, scoring seven goals and providing seven assists in 36 Premier League appearances.

He has made an impressive start to the new season, scoring twice and assisting two more from seven matches in all competitions, including the winning goal in Saturday’s 2-1 win over Tottenham.

In other Tottenham news, it can be REVEALED that Pochettino is ready to veto a new contract for fans favourite after worrying signs.