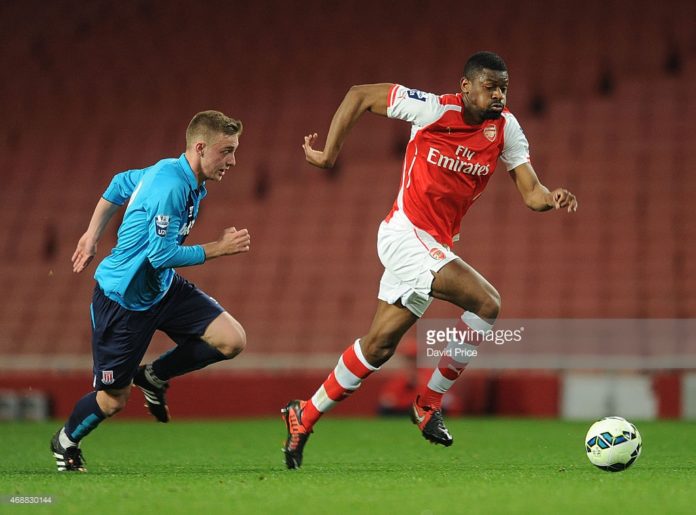 Abou Diaby believes the broken ankle he suffered in 2006 after a challenge with former Sunderland defender Dan Smith “killed” his career at Arsenal.

The 30-year-old signed for Arsene Wenger’s side in 2006 as a teenager, but suffered numerous set-backs during his time in England.

“Of course it is the moment [the Smith tackle] that killed everything,” Diaby told the Daily Mirror. “It gave me a big restriction on my ankle and I over compensated with other parts of my body. Before that I’d never had a muscular injury, my lifestyle was good.

“But really there is no resentment anymore. I left it behind a long time ago. The only thing I wish is that it had happened later in my career. If it happened when I was 28, things might have been different.

“Between 19 and 27 I would have had time to progress, play every week and be the player I should have been.”

Diaby clocked up 42 injuries with Arsenal, with the defensive-midfielder missing 1,554 days (over four years) of action on the sidelines.

The north London club released the midfielder in the summer of 2015 after his contract expired.

The Paris-born midfielder made only two appearances in his last two seasons at Arsenal, before moving to France and signing for Ligue 1 giants Marseille.

The Frenchman signed for Marseille last summer, but did not make his debut until March as he suffered another injury setback.

However, Diaby has made two appearances for the French side this season, as he looks to put the injury nightmares of the past behind him.

In other Arsenal team news, Ibrahimović reveals he turned down a move to Arsenal.