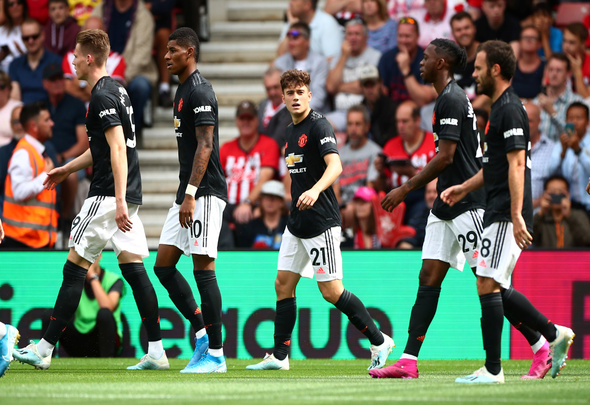 Darren Bent has said that Manchester United winger Dan James has had a “fairy-tale” start to his career at Old Trafford after his move from Swansea City.

Speaking exclusively to Football Insider, the former Tottenham and England striker says that he is amazed by just how much playing time the young attacker is getting after his summer switch, having expected him to play backup to the first-team.

The 21-year-old has featured in all the Red Devils’ Premier League games this season, including being named in the starting XI for the last three by Ole Gunnar Solskjaer.

Bent admits he has been left in awe of the Welshman’s performances this season and insists that he has already established himself as a crucial member of the squad at Old Trafford.

Bent told Football Insider: “He’s now turned into Man United’s main man. When he went there, I’m telling you now, he wouldn’t have expected to get as much game time as he’s getting at the minute.

“Now it’s a case of he’s the guy, if he doesn’t score, they don’t score. He’s direct, he goes past people. For Dan James, what a fairytale story, he’s gone there and been absolutely amazing.

“You always knew he’d do well but you wouldn’t think he’d be as potent as he is now. I thought he’d maybe coming on as a sub, backing up Martial, backing up Rashford. He’s taken his chance and every time he scores a goal, it seems to be a worldie.”

James has scored three goals in his first four appearances for United, including netting on his competitive debut against Chelsea.

He moved to the Premier League giants after 39 games for Swansea City, in which he scored six goals and chipped in with 10 assists.

In other Manchester United news, Football Insider has revealed how one player sealed a last-gasp exit from Old Trafford after falling out of the first-team reckoning.