The former Spurs and England striker, speaking exclusively to Football Insider assistant editor Russell Edge, insists that the France international has not shown enough consistency to suggest he is irreplaceable.

As reported by Sky Sports, the Catalan giants have offered defenders Samuel Umtiti and Nelson Semedo, both 26, in a part-exchange deal to sign the 22-year-old midfielder from Spurs.

Barcelona want to sign Tanguy Ndombele and have offered players to Tottenham in the hope of striking a part-exchange deal.

Portugual international Semedo is a right-back by trade while Umtiti is a centre-back with 31 caps for France.

Having seen Spurs struggle defensively in recent months, Bent believes the proposed deal could work out in Tottenham’s favour.

“To be fair, that swap deal would cover up a lot of cracks and I think it would help,” Bent told Football Insider.

“Umtiti as well, a World Cup winner of course! If you’re getting Umtiti and Semedo, you ain’t having to buy these players and that’s two positions kind of sewn up. 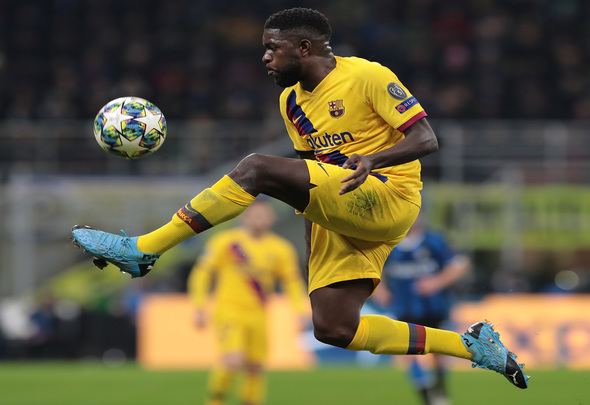 Ndombele became Tottenham’s record signing when he joined from Lyon summer for an initial £54m rising to a potential £63m.

His first season has failed to live up to expectations and he has been publicly called out by Mourinho for his lack of effort.

In other Tottenham news, it can be REVEALED that Spurs have ramped up their hunt for a Premier League playmaker.