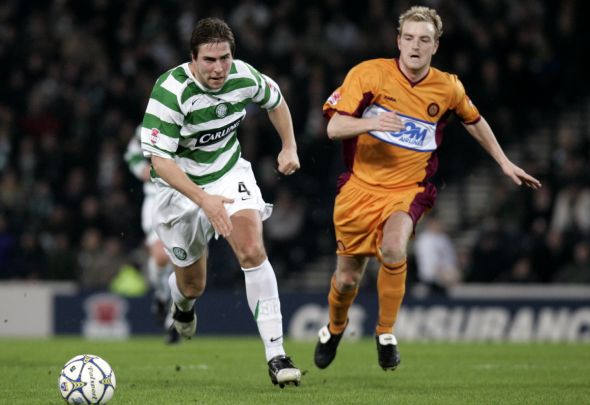 Former Celtic defender Adam Virgo believes his old side should have taken home all three points against Borussia Moenchengladbach.

French wonderkid Moussa Dembele won a second-half penalty, before converting the spot-kick himself to earn the Hoops a 1-1 draw in Group C of the Champions League.

Virgo, who is now a pundit with talkSPORT and Channel 5 football, revealed on his personal Twitter account that a point was “credible” but Brendan Rodgers’ side should have won the match.

Brendan Rodgers’ side looked a completely different team to the one that was pushed aside at Celtic Park during their 2-0 loss.

Utilising a counter-attack method to full effect, Celtic pressed their Bundesliga rivals with pace on the wings provided by James Forrest and Scott Sinclair and an attacking threat through Dembele.

The 47-time Scottish champions were unable to secure a late winner despite playing against 10 men, after defender Julian Korb was sent off for pushing Dembele over for the penalty.

Despite failing to secure three points in Group C of the Champions League against Gladbach, Celtic can still mathematically qualify if they can beat Barcelona and Manchester City. More realistically, they’ll be aiming for a place in the Europa League.

Celtic face Inverness next at Parkhead on Saturday as the international break looms.

Virgo made just 12 appearances for the Scottish giants during his three-year spell, with injuries preventing him from taking to the field.

In other Celtic news, John Hartson also shared his thoughts on the match; declaring these two reasons for the point in Germany.