Gabby Agbonlahor has admitted there might not be a role for Keinan Davis at Aston Villa when Wesley Moares returns to full fitness.

Speaking exclusively to Football Insider, the ex-Villa captain claimed he would not be surprised if Davis pushed for a loan exit in the summer to guarantee regular game time.

Wesley is edging closer to a return from an ACL injury he suffered last January and he was pictured in training ahead of Villa’s game with Newcastle United on Friday night.

Davis is yet to start a Premier League game this season but has been introduced from the bench in their last two games.

This site revealed in January he was attracting the attention of a host of Championship sides but Dean Smith decided to keep hold of him.

“I think the biggest thing for me is that Villa have needed some help for Ollie Watkins up front in certain games,” Agbonlahor has told Football Insider correspondent Connor Whitley.

“Keinan Davis has been available and not been brought on. You look it and think ‘he’s not coming on when there are no other strikers on the bench, when Wesley comes back is he even going to make the bench? Is he going to be needed?’

“For him as well, I’m sure he’ll want to play some football. I couldn’t tell you how many games he’s actually played or how many starts he’s made in his career.

“He needs to play some football. He’s one of those players that everybody loves, all the players love, all the coaching staff love.

“You see other teams have three strikers. I’m sure he’ll still be in and around it. 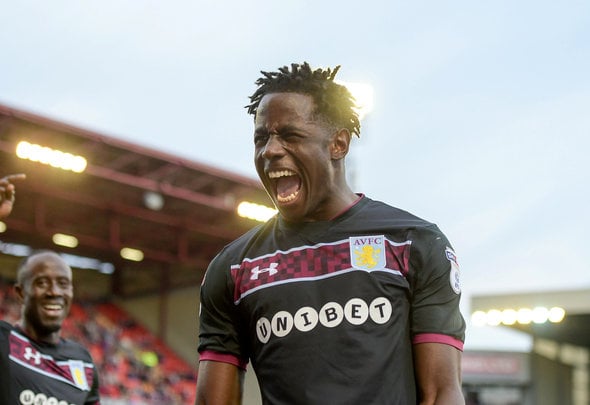 “But when I was his age I just wanted to play football and be guaranteed starts and play regularly. That’s how your body gets used to the demands.

“It will be interesting to see what happens to him in the summer. Either way, I’m sure he just wants to play football.”

In other news, Aston Villa have set their sights on signing the “next Jack Grealish” this summer.