Gabriel Agbonlahor “would love to see” Alfredo Morelos at Aston Villa if he leaves Rangers this summer.

Speaking exclusively to Football Insider, the Villa’s record Premier League goalscorer admitted there could be up to as many as 16 other English sides battling for his signature.

Morelos told Colombian radio station Caracol that his biggest dream was a move south of the border to a Premier League side. 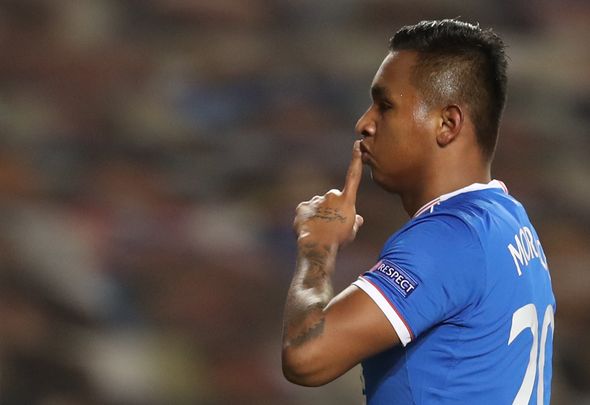 Morelos has spent almost four years at Ibrox and has scored 92 goals in his 174 appearances for the club.

His performances in the Europa League this season have caught the eye as he has adapted his game to be a provider as well as a finisher.

In the Light Blues’ 9-5 two-leg triumph over Royal Antwerp in the Round of 32, the 24-year-old provided six assists and scored once.

Asked which, if any, Premier League sides would be interested in Morelos, Agbonlahor told Football Insider correspondent Connor Whitley: “He could go to a number of clubs.

“I would love to see him at Aston Villa. I think he’s a great striker. Apart from the top four, five all the other clubs would have him.

“He’s quite quick, he’s a finisher, he’s aggressive, he works hard and he’d add a lot to all of those clubs.”

Morelos has also gained a reputation for poor discipline in his time in Scotland.

He has not been sent off this season yet, but he has missed four league games through retrospective suspensions.

In other news, Alan Hutton has tipped an in-form Rangers teenager for a first-team promotion after what he’s heard from Peter Lovenkrands.