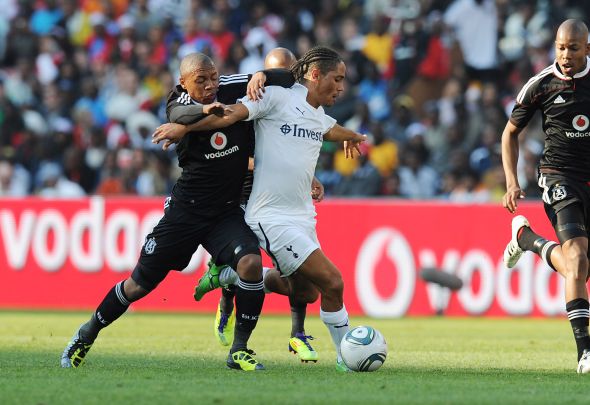 The agent of Leeds target Andile Jali has revealed that he is keen to quit Belgian outfit Oostende before the window shuts.

Belgian website Voetbal Primeur claimed on Thursday that Leeds have been monitoring Jali this summer and are now ready to make a move for the South Africa international.

Now the 26-year-old’s agent Mike Makaab has told South Africa newspaper the Times that he’s looking to leave the Jupiler league side, adding fuel to the possibility of a Leeds move.

“It’s always been our intention‚ and his intention‚ to move him to a bigger league in Europe‚” Makaab told the Times. “Although the Belgian league is becoming quite substantial in itself.

“But it has to be the right deal for him. What didn’t help us is the small injury he had in pre-season‚ but we will continue looking to see what opportunities are out there.”

Jali joined Oostende for just shy of £1million form Orlando Pirates in January 2014, and has become a permanent fixture in the Belgian side.

The central midfielder has played a total of 78 times while at the club, with his only goal coming last season.

He has played 33 times for South Africa, including three times at the 2015 African Cup of Nations as they nation failed to get out of the group stages.

In other Leeds transfer news, this report states the fee needed to bring this Premier League midfielder to Elland Road.