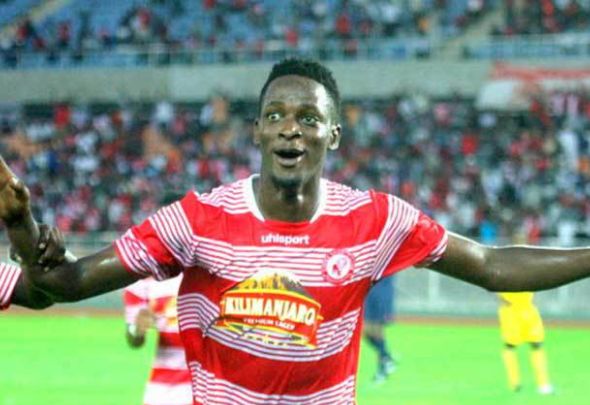 The agent of Murushidi Jjuko has revealed that his client has caught Celtic’s eye with his impressive performances in the Africa Cup of Nations.

Jjuko, a 19-time Uganda international, has played in two of his country’s games in Gabon during the tournament against Mali and Egypt.

Jjuko’s agent Ronnie Santos was quoted by the Sun as saying that Brendan Rodgers’ side were impressed by the 22-year-old, and are likely to watch him play for his club side Simba SC.

“Celtic watched Jjuko in the national team,” Santos said. “They liked him so we are in touch and they will send their scouts most likely in February when his club Simba SC takes on Yanga Africans.

“He has many offers are on the table from clubs in Egypt, South Africa and Turkey, but I’m waiting for him to return from Gabon and make a decision soon.”

Jjuko’s current side, Simba SC, play in the Tanzanian Premier League. Wearing his club side’s number six shirt, Jjuko has helped the club reach a lofty third in the league.

His current contract at Simba is set to expire in December 2017.

Jjuko has shown pace and maturity at the back for Uganda, but was unable to prevent a 1-0 loss to Egypt before helping his side earn their solitary point in a 1-1 draw against Mali.

Celtic have prided themselves on bringing talents from all over the world and selling them on for more money. The likes of Victor Wanyama and Virgil van Dijk have been sold for huge amounts of money despite being bought on the cheap. Rodgers could be looking to pull such a deal off once again with Jjuko, with the Uganda international a complete unknown to European football. However, with the Hoops looking to maintain their dominance over the Scottish Premiership and looking to go one better in the Champions League next season, proven quality would be the better avenue to take for Rodgers rather than chancing his arm on a player like this.

In other Celtic transfer news, Chris Sutton has told Rangers to get on with it over this transfer deal.