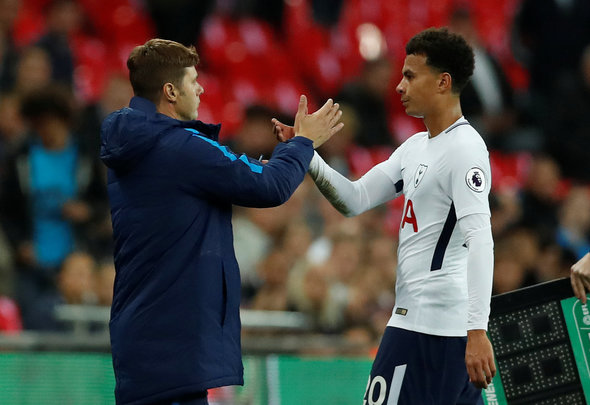 Football agent Jorge Mendes has promised Tottenham ace Dele Alli a move to Spanish giants Real Madrid next summer, according to a report.

Spanish outlet Don Balon claims that Mendes is desperate to add the 21-year-old to his list of top football clients and he has guaranteed the midfielder the chance to play alongside Cristiano Ronaldo at the Bernabeu next season.

The report claims that Madrid president Florentino Perez is looking to add attacking options to the team next summer and Alli will be the first recruit if he agrees to join forces with the Portuguese agent.

The England international has been in sensational form since securing a permanent deal with the North London club two years ago.

The midfielder’s displays in the Spurs first-team have seen him named as the PFA Player of the Year for the past two seasons.

The youngster has contributed with 35 goals and 25 assists in 103 appearances for Tottenham, helping them to two top three finishes in the Premier League for the first time in their history.

Alli currently has five years remaining on his current contract with Spurs.

It will be extremely difficult for any footballer to turn down the opportunity to play for Real Madrid. There is no doubt that Alli will be tempted to sign up for Mendes’ agency just on the basis that he’ll complete a move to the 11-time Champions League winners sooner rather than later. With speculation bound to increase over the midfielder’s future, Tottenham might need to offer more wages in order to fend off opposition clubs. If they fail to improve his current terms at the club, Spurs will need to ensure that they win silverware this season to convince Alli that he will enjoy future success at the club.

In other Tottenham news, Mark Noble has placed a £100million price tag on one of Spurs’ stars.