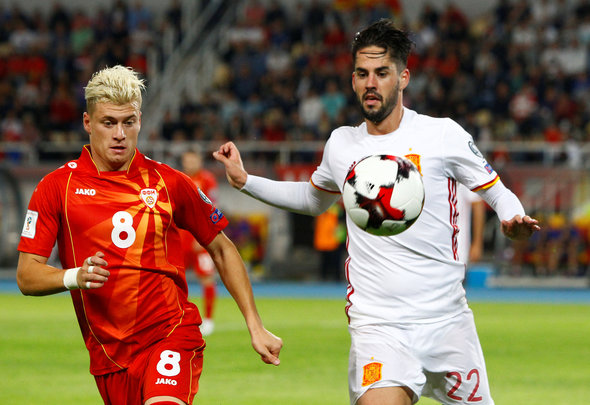 Ex-Middlesbrough boss Aitor Karanka has named winger Ezgjan Alioski as Leeds’ best summer signing and believes that the Yorkshire giants will finish in seventh or eighth place next season.

The Whites have brought in a number of players this summer after the takeover of Italian businessman Andrea Radrizzani alongside the managerial appointment of Thomas Christiansen, who is looking to build his own team.

This has seen the likes of Vurnon Anita join after his release from Newcastle and goalkeeper Felix Wiedwald join from Bundesliga outfit Werder Bremen.

However, Karanka believes that the signing of Alioski from FC Lugano is the club’s best buy and has told that he feels the Macedonia international will make an impact in the Championship.

“Leeds is a massive club which belongs to the Premier League,” told Karanka to the Sun.

“But it is a club that needs a little bit of time.

“The change of owner has been good for them, they are a bit more organised.

“But I don’t think they will be fighting for the play-offs, just outside of it in seventh or eighth.

“Alioski is a winger who I like and I think will have an impact in the league, while if Chris Wood can keep up his level from last year he will be key.”

Alioski had a fine campaign in the Swiss top-flight last season, bagging a fine 16 goals and 14 assists in 34 league matches.

He will now be hoping to bring similar success with him on his move to England, where he has agreed a four-year contract at Elland Road.

A seventh or eighth placed finish meanwhile would mark no progress from last season’s seventh placing and despite many fans considering it to be a success supporters will be urging their side to go a place higher.

In other Leeds news, a journalist has named the winner in race for centre-back wanted by the Whites.