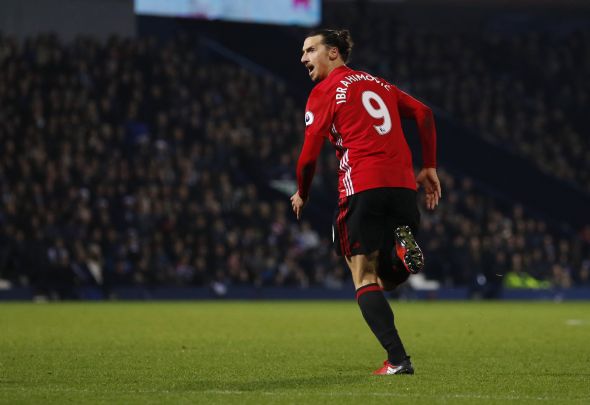 Alan Shearer has hailed Manchester United ace Zlatan Ibrahimovic as a “supreme athlete” after his two goals against West Brom on Saturday.

The 35-year-old star struck a brace against the Baggies, as Jose Mourinho’s side secured a 2-0 win at the Hawthorns despite West Brom’s impressive home record.

Writing in his Sun column, Shearer believes the Swedish forward must be looked at by all players as an example as he continues to inspire United’s change in fortunes.

“This is a supreme athlete and supreme example to all players, young and old,” Shearer said. “He has been the talisman for what is fast becoming a revival at Old Trafford.

“If the veteran Swede can go on to finish top scorer in the league this season, for me it would be his finest achievement — and there are plenty to top.”

The former Barcelona, AC Milan and Juventus forward has amassed a wonderful 16 goals in 25 league and cup appearances this season, despite his age.

So much so, that Sky Sports claimed last month that the veteran forward was to be offered a contract extension until the summer of 2018 – an extra 12 months on top of his current deal.

With 10 goals in his last nine league and cup appearances, Ibrahimovic has played a pivotal role as United secure seven wins and two draws in that time.

The change in fortunes has seen United move to within three points of fifth placed Tottenham, and just four away from a Champions League slot.

United will be looking to continue their stunning unbeaten run over the busy Christmas period with three points against Sunderland on Boxing Day.

A win would see United move to within a point of fourth place, if both Tottenham and Arsenal drop points.

In other Man United news, Gary Neville has identified the five players that have been key to United’s form.