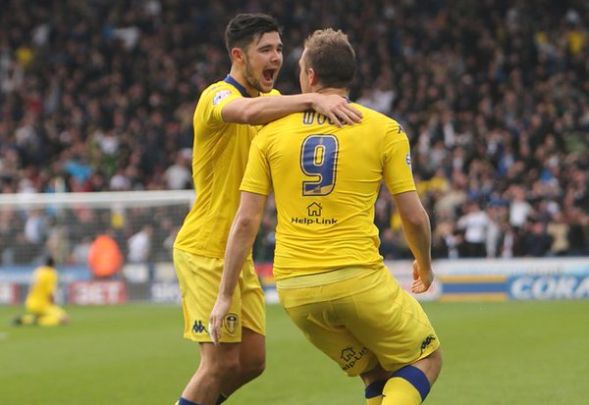 Alex Mowatt has thanked Leeds supporters for all their help after he made a permanent transfer to Barnsley.

The club confirmed on their official Twitter account on Friday that the 21-year-old has made a switch to their Yorkshire rivals.

Mowatt came through the ranks at his boyhood club, first joining the side aged nine before working himself up to the senior team.

However, this season the midfielder has found it difficult cementing a regular place in a team that is showing credentials of a side that is pushing for a return to the Premier League.

Nonetheless, after being sold, this is what Mowatt had to say about the club and its supporters as posted on his personal Instagram account.

“I would like to thank everyone at Leeds for a great 15 years at the club,” said Mowatt.

“I would also like to thank all of the fans that have supported me throughout my time at Leeds and I wish everyone at the club all the best for the future.”

I would like to thank everybody at @lufcofficial for a great 15 years at the club, all the staff that helped me through the years and all the players that I’ve played with during my time there. I would also like to thank all of the fans that have supported me throughout my time at Leeds and I wish everyone at the club all the best for the future

During his time at Elland Road, Mowatt played 125 games in all competitions, scoring 13 goals and supplying the same amount of assists.

This season, he played 20 matches in all competitions, scoring one goal and providing three assists.

His only goal this term came during an FA Cup clash where the Whites came from 1-0 down to beat League Two side Cambridge 2-1.

Garry Monk’s side have already played Barnsley on two occasions this season in the Championship.

Firstly, the Whites picked up a 2-1 win at Elland Road, before Paul Heckingbottom’s men secured a remarkable 3-2 win at Oakwell earlier on this month.

In other Leeds transfer news, Chris Wood has delivered his verdict on Mowatt’s exit from the club.