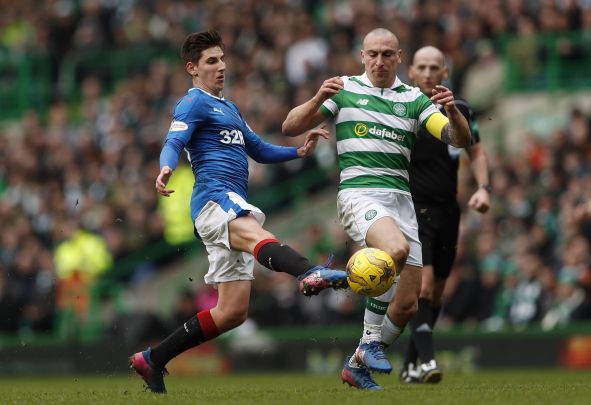 Alex Rae believes that Rangers should try to complete permanent deals for loanees Emerson Hyndman and Jon Toral in the summer.

The midfield pair are currently on loan at Ibrox and joined in January under Mark Warburton’s tenure.

They will now be looking to fit into the system of new manager Pedro Caixinha, who will take charge of his first game in charge against Hamilton on Saturday.

Former Rangers midfielder Rae believes that the club’s current loanees would be good options for next season as Caixinha looks to build his own squad.

“I personally think that trying to secure Hyndman and Jon Toral – both on loan – on permanent deals would be a good move,” Rae wrote in his Ladbrokes column.

Hyndman is currently starring in the centre of the Gers midfield and has impressed fans since his switch from Bournemouth.

The 20-year-old has shown great technical ability on the ball and delivered a strong performance in the club’s 1-1 draw away to Celtic in their last game.

He has made 10 appearances so far for the Scottish giants, chipping in with three goals and three assists.

Meanwhile, Rangers signed central midfielder Toral from Arsenal in January and he has been another player that has made an impression on the first-team.

He spent the first half of the season on loan with Spanish club Granada, before a move to Ibrox.

The 22-year-old has made eight appearances so far and often played alongside Hyndman, scoring one goals and supplying two assists.

Caixinha is expected to make a number of changes in the summer to try help Rangers compete with runaway leaders Celtic and their current loanees may be a part of the future picture if they impress until the end of the season.

In other Rangers transfer news, Caixinha is set to hold talks next week.