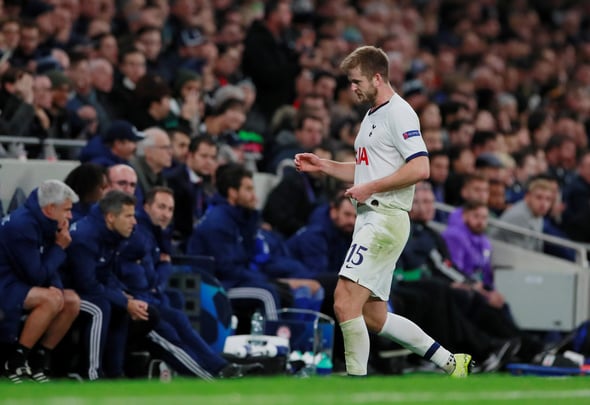 Paul Robinson has blasted senior Tottenham star Eric Dier for his performance in the 4-2 win over Olympiakos on Tuesday night.

The former Spurs and England goalkeeper, speaking exclusively to Football Insider assistant editor Russell Edge, says that the 25-year-old looked some way off the pace despite being handed a start by manager Jose Mourinho.

Dier lasted less than half an hour before being hooked by the Portuguese boss, Christian Eriksen taking his place with the Lilywhites 2-0 down.

Robinson says it was an anonymous performance from the versatile enforcer and questioned whether he was fit enough to start two games in a matter of days.

“He quickly took Eric Dier off, he’s been out of the team for a while, he’s come back in at centre-half,” Robinson told Football Insider.

“He’s not a centre-half in my opinion, he’s a holding midfielder but because he’s not played for a while, played the game at the weekend and looked all out of sorts in midweek.

“He didn’t look like he was ready for the game, he was off the pace and the game passed him by.”

Dier has played eight times across all competitions this season, starting Mourinho’s first two games in charge as a central midfielder.

Former boss Mauricio Pochettino had started the England international alongside Davinson Sanchez at the heart of the defence in his final two games in charge, while he has just three Premier League appearances under his belt this season.

In other Tottenham news, Darren Bent claims the club are chasing a “great signing” as they look to reunite Mourinho with his former player.