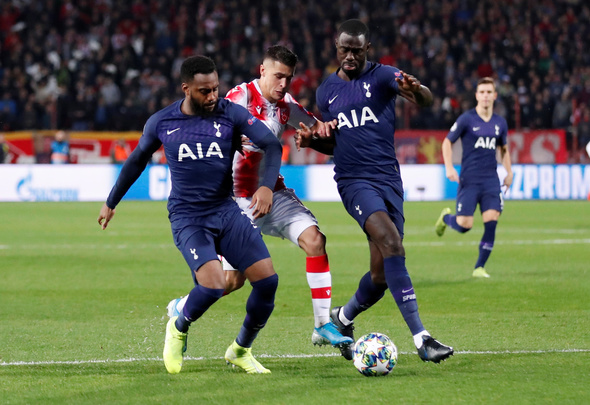 Speaking exclusively to Football Insider assistant editor Russell Edge, the former Spurs and England hitman says that the Argentinian rolled the dice with his centre-back pairing on Wednesday evening, putting the English enforcer in despite a lack of game time this season.

The 25-year-old had played just four times across all competitions prior to the Champions League showdown in Serbia, only one of those appearances coming among the starting XI in the Premier League.

Bent suggests that Pochettino has not been happy with what he has seen at the back this season and that he was experimenting with potential alternatives with the Dier and Sanchez combination.

Asked if starting Dier was a gamble, Bent told Football Insider: “Yeah, it was but obviously he felt he could trust him and he wanted to play him in that situation and he didn’t let him down, but I think defensively Spurs have been all over the gaff, which is why Pochettino’s looking for that pairing that can get back to how solid they were.

“That was one of their strengths, how solid they were, but all of a sudden it’s changed and they’re shipping goals left, right and centre. He obviously wanted to try something and it worked.”

While Dier has struggled for action, Sanchez has featured regularly for Pochettino, the 22-year-old playing 11 times across all competitions, including starting seven of Spurs’ 11 Premier League fixtures.

The Lilywhites’ next game sees them take on Sheffield United before a two-week gap between fixtures courtesy of the international break.

In other Tottenham news, Paul Robinson has been left head over heels for a Spurs talent who is giving Pochettino a real problem.