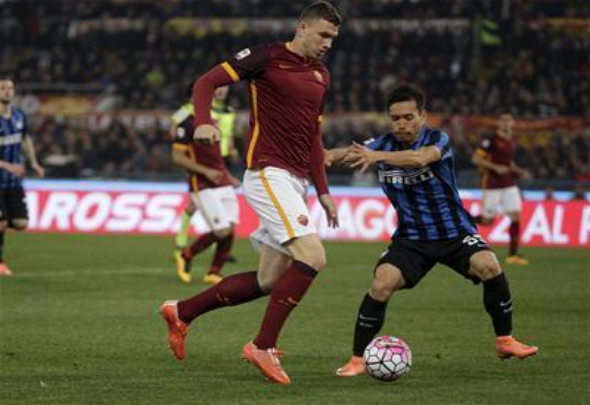 Sunderland are planning to make a bid to sign former Manchester City striker Edin Dzeko from Roma this summer, according to a report.

Reliable Gazzetta dello Sport journalist Emanuele Giulianelli has claimed on his personal Twitter account that the Black Cats will make an offer for Dzeko in the next few days and a move will then be solely down to the Bosnia international.

Bid expected in the next days from Sunderland to Roma for Dzeko of about €18mln. Then it will be up to the Bosnian striker.

West Ham have been linked with Dzeko, but the striker is said to be demanding wages that would make him the highest paid player at the club.

The Hammers’ interest has not completely ended and they will return if the Bosnian international considers a pay-cut.

The 30-year-old striker joined Roma on loan at the start of the recently completed season, but the deal contained an agreement for the move to be made permanent this summer for a fee of £8million.

However, Giallorossi manager Luciano Spaletti is already looking to sell the striker who failed to live up to the expectations when he first joined as he only managed 10 goals in 39 appearances in all competitions during the 2015-16 season.

Dzeko, who joined Manchester City for £27.75million in 2011, has made 80 appearances for his country, scoring an impressive 46 goals in the process.

In other West Ham news, the Hammers have entered the race to sign a £32.5million-rated Argentina international.