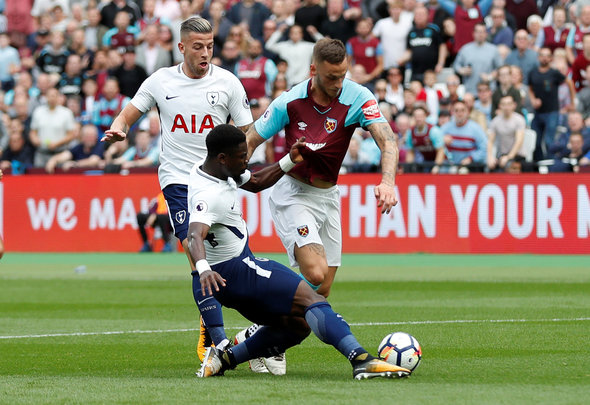 West Ham forward Marko Arnautovic has been given extra time off and will miss the first week of pre-season, according to a report.

Football.London claim that the 29-year-old, who is a key player for the club, will not be flying out to Switzerland for the club’s training camp on Tuesday even though that is when Manuel Pellegrini is due to meet his players for the first time.

The football outlet report that Arnautovic is set to miss only one week of the club’s pre-season schedule as he has been given time off due to featuring in three friendly games for Austria ahead of the World Cup starting.

It makes sense that the 29-year-old is going to miss some of the Hammers’ pre-season schedule as he did feature in three games for Austria recently despite them not being at the World Cup. The forward deserves his time off after an impressive 2017/18 campaign and the Hammers know that a well-rested Arnautovic will be more useful to them when the 2018/19 season starts. Also it seems the 29-year-old forward is as determined to the cause as ever as Football.London’s report also states that he was doing light work while on holidays this summer. Therefore there should no concerns that he is carrying an injury or any worries about his fitness as clearly the Hammers are just making sure he gets the time off that he is entitled to. The only bizarre thing about this decision is that the player will miss out meeting Pellegrini for the first time. However there’s plenty of time for him to get to know his new boss once the season gets underway.

In other West Ham transfer news, the club must continue trying to sign Brazilian midfielder despite negotiations dragging on.