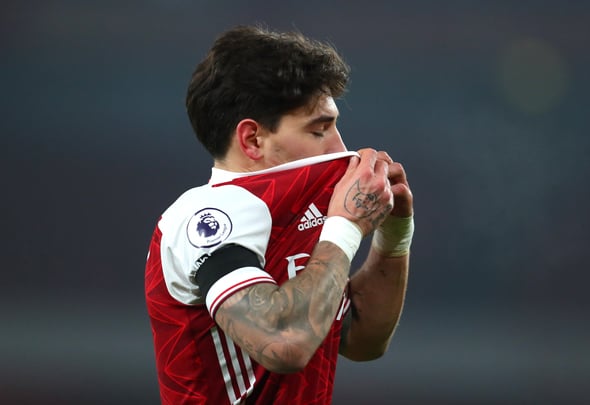 Kevin Campbell has backed Arsenal to sell Hector Bellerin for a £22million fee this summer.

Speaking exclusively to Football Insider, the former Gunners striker said the club must upgrade the 26-year-old if they “want to get the show on the road”.

Spanish publication Sport claim the right-back is keen to exit the Emirates at the end of the season and is waiting on Paris Saint-Germain to make a move. 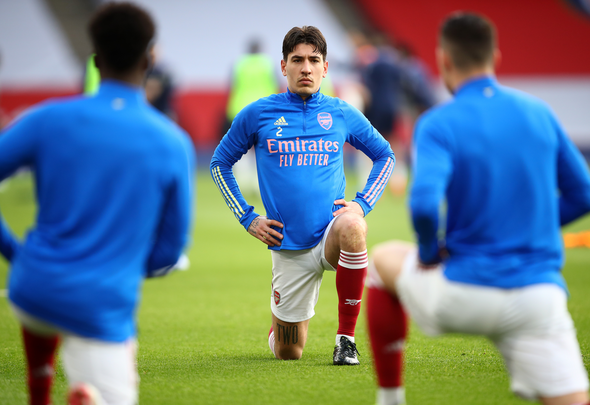 Bellerin has been in and out of Mikel Arteta’s side this season, with 32 appearances to his name across all competitions.

The Spain international is currently Arsenal’s longest serving player following the departures of Emiliano Martinez and Mezut Ozil over the past 12 months.

When asked by Football Insider as to how much the Gunners could expect to recoup for Bellerin, Campbell said: “I think £22million is a fair price given the current market.

“When you start talking about £25million or £30million, that is too much.

“Bellerin has had his good moment and his bad moments in an Arsenal shirt. He came through the ranks and established himself as a regular starter for a number of years and he deserves a lot of credit for that.

“However, if Arsenal want to get this show on the road, they have got to bring in players who are going to improve things.

“Bellerin has never been the same since that injury. A change is best for all parties concerned.”

As quoted by Metro, he said: “Bellerin deserves a lot of credit. Since lockdown he’s been really, really good for us.”

In other news, a big development in Newcastle United’s bid to sign Joe Willock from Arsenal revealed.