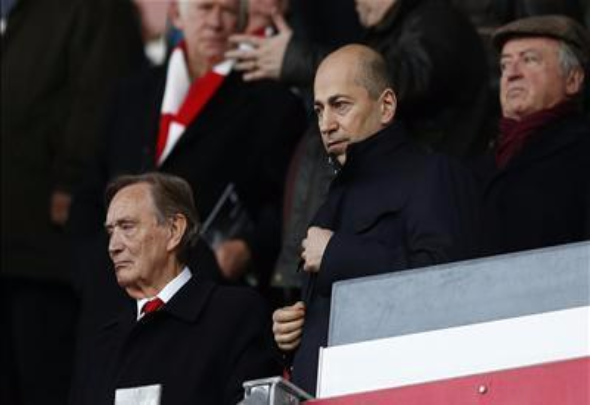 The Gunners have made just one major signing this summer, with the purchase of Switzerland international Granit Xhaka from Borussia Monchengladbach for £35million.

Lyon also revealed on Tuesday that the North London club had a £29.5million bid rejected for French striker Alexandre Lacazette, but the Gunners are yet to return with an improved offer.

Gazidis has revealed that Arsenal have to be more selective with who they target, as they can’t afford to go against a rival in a bidding war.

“We can’t afford to outgun competitors that have far more money. We have to be very careful, very selective,” said Gazidis to the New York Times.

“The constraints within the Premier League are less and less about pure finances. More relatively important become things like how well you identify players, how well you develop players, what kind of sports science you have, your analytics, your psychology.

“All of these support areas around what we do increasingly become bigger differentiators.”

It’s not the news that Arsenal fans want to hear, especially as they’re one of the top five most profitable clubs in the world.

As well as Lacazette the north London club have failed in moves for Jamie Vardy and Gonzalo Higuain with both reportedly turning down moves to join the Gunners this summer.

However, Arsene Wenger has recently admitted that he is prepared to spend big money this summer and Eurosport reported on Saturday that Mahrez was close to joining Arsenal in a £42million deal.

In other Arsenal transfer news, Wojciech Szczesny is set to finalise a second consecutive loan move to Serie A giants Roma in the next 24 hours.