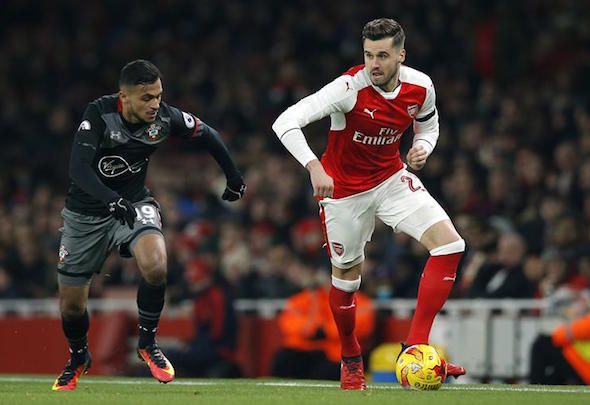 Crystal Palace’s pursuit of Arsenal outcast Carl Jenkinson has collapsed, according to a report.

Jenkinson has been granted permission to speak to other clubs this month, after failing to establish himself at the Emirates.

Sam Allardyce’s Crystal Palace were one of several English clubs interested in the defender’s services, but the Mirror reports that they have now pulled the plug on the deal.

It is believed that Palace could not come to an agreement over a deal for the 24-year-old, and that their wage structure is causing problems getting deals done.

Jenkinson is said to be extremely disappointed with the news.

Allardyce was keen to link up with Jenkinson for a second-time, having signed him on loan during his time as West Ham boss in the 2014-15 season.

The one-time capped England international made 36 appearances for the Hammers that season, and could have expected a similar first-team role at Selhurst Park.

Since moving to the Gunners in 2011, Jenkinson has made 62 appearances in all competitions for the club. However, he has never been able to hold down a regular place in the side, and has slipped even further down the pecking order this season.

He had an opportunity to earn a role in the side earlier this season when first-choice right-back Hector Bellerin, and his deputy Mathieu Debuchy were both sidelined with injury, but Jenkinson did not take his chance, and Arsene Wenger swiftly replaced him with Gabriel Paulista.

The former Charlton man has made just five first-team appearances for Arsenal this season.

Both Palace and Jenkinson will be majorly disappointed that the deal has ended, as a switch to Selhurst Park could have been the perfect move for the Arsenal outcast. Sam Allardyce has shown great trust in Jenkinson, signing him on a loan deal during his days as West Ham boss, and would have been the ideal choice to help kickstart his development in a first-team environment. A loan move could be a backup plan for Palace, but both Arsenal and Jenkinson would prefer for a permanent deal, as he has proven surplus to requirements at the Emirates – and wages would still be a problem here. Despite Palace being no longer in contention, there is still hope that Jenkinson can find a new club before the end of the month, with several others clubs still interested. It is what he needs to get his career back on track, and for his sake, hopefully he will not be an Arsenal player for much longer.

In other Arsenal transfer news, controversial midfielder Joey Barton believes this moment in his career stopped a move to Arsenal. 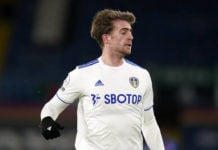