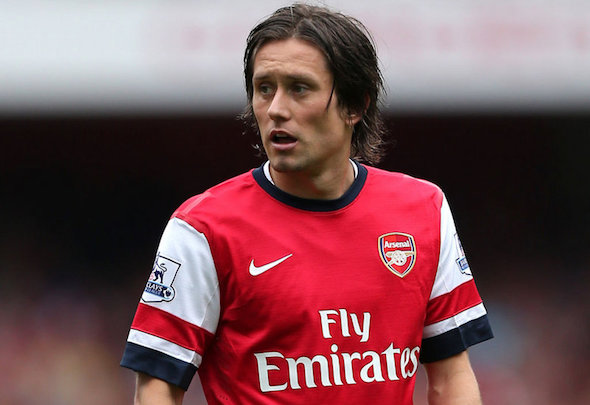 Mikel Arteta is ready to bring down the curtain on his career at the end of the season – and could be joined in retirement by fellow veteran Tomas Rosicky.

The midfield duo have been hampered by persistent injury in recent years and have barely been available for selection.

As revealed by Football Insider, Arteta is batting a chronic calf problem that is struggling to heal, while Rosicky damaged his thigh on his first-team return nine days ago after eight months out.

Both players are out of contract in the summer and will not be handed extensions by Arsenal. Arteta turns 34 next month while Rosicky, who will be sidelined for up to three months with his latest injury, is 35.

An Arsenal source has told Football Insider that club captain Arteta is ready to hang up his boots and, while Rosicky has publicly vowed to bounce back from another shattering blow, he has told friends that he is considering calling it a day.

Meanwhile, manager Arsene Wenger has conceded that the Czech international, who joined from Borussia Dortmund in the summer of 2006, might not play for Arsenal again.

“We are all shocked, we hope it is not his last game,” said Wenger last Friday. “He will not need surgery.”