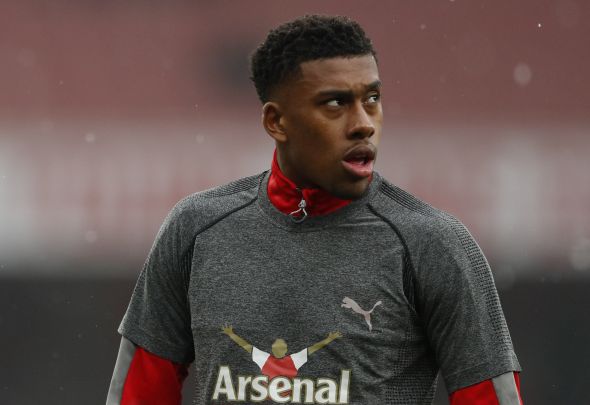 Alex Iwobi had Arsenal fans wondering what he was doing on the pitch against Burnley as he failed to make an impact in the 67 minutes he played.

The 21-year-old got a lot of criticism from Gunners fans on Twitter with one labeling him the “most annoying” player to watch before picking apart every element of his game.

Iwobi only played 67 minutes of the game as Arsene Wenger opted to replace the star with Jack Wilshere as his side attempted to search for a goal.

The Nigerian international has only grabbed one goal this season, scoring against Brighton, in the seven league appearances he has made this season.

The attacking player has also not scored in his other five appearances across all competitions, but did grab an assist in the Europa League this season.

Here are some of the best reactions from Twitter to Iwobi’s performance against Burnley:

Iwobi is a waste of space #BFCvAFC #gunners

I genuinely won't understand the decision to play iwobi in this game,, he's not been able to match Burnley's physical approach so far..

No quality going forward. Iwobi thinks he is Messi smh

In other Arsenal news, club legend Paul Merson has claimed that this Gunners star is better than every single one of the players at north London rivals Tottenham.