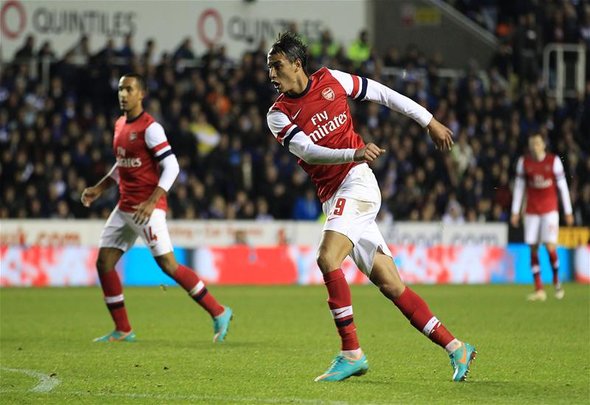 Marouane Chamakh has completed a move to Cardiff – and Arsenal supporters have reacted hilariously on Twitter to the news.

Cardiff announced on their official website that Chamakh has signed a short-term deal with the Championship club, subject to international clearance.

The former Arsenal striker has become the third player to sign for Neil Warnock in the past 24 hours, joining defender Sol Bamba and attacker Junior Hoilett.

Chamakh, 32, was a free agent after his contract expired with Crystal Palace in the summer.

Arsenal supporters have mocked Chamakh on Twitter and believe he will struggle in the Championship.

Has his agent offered a 'Sweetener'? Without a Curly Wurly, I can't imagine any other reason why anyone would want #Chamakh

i rem when chamakh joined arsenal,it was said that he would be the Epl topscorer

When Chamakh wanted to sign for Arsenal, media said he s good on the air, both feet and freekick specialist.
Dude has signed for Cardiff

Chamakh played at Arsenal between 2010-2013 and was extremely unpopular with the fans.

The club’s supporters never felt the Moroccan international was good enough and he struggled to make in impact, with ex-Gunner Robin Van Persie enjoying the peak of his career at the time.

The forward made 67 appearances for the north London club and scored a moderate 14 goals in return.

Cardiff are currently stuck in the relegation zone and will hope Chamakh can find some goal scoring form to propel them up the table.

In other Arsenal news, they would love this Premier League-winning manager to replace Arsene Wenger.