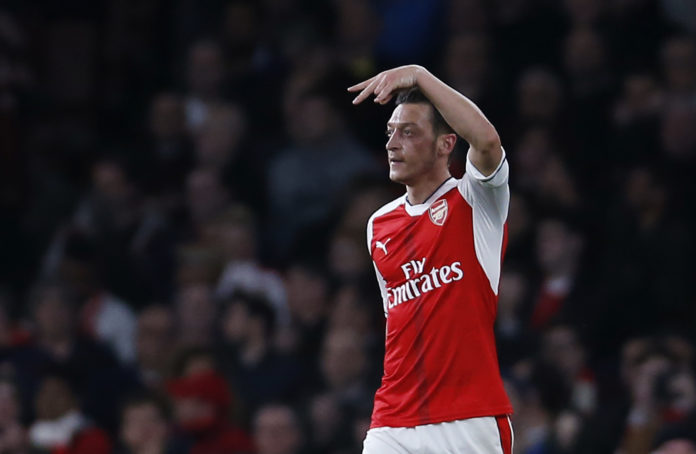 Arsenal midfielder Mesut Ozil is set to agree a new deal at the Emirates Stadium, according to a report.

The Sun claim that the 28-year-old has been offered a mega £280,000-a-week salary by the north London club and he is prepared to accept the deal.

It is understood that the Germany International wanted £350,000-a-week, but is willing to accept the offer that has been table.

The report details that Ozil only has 12 months remaining on his existing deal at Arsenal and that manager Arsene Wenger is hoping he agrees a new long-term one.

Wenger recently agreed a new two-year deal with the Gunners to stay on as their manager, despite the club missing out on Champions League football last season.

Ozil has frequently backed the under-fire manager and his reported decision to stay comes shortly after Wenger’s confirmed new deal.

The playmaker has been a crucial player during his time with Arsenal since he joined from Real Madrid in 2013.

He was criticised by a number of supporters last season for his contributions, but still managed 12 goals and 14 assists during his 44 appearances.

Ozil agreeing a new deal would be a huge statement by the club as they can’t afford to lose their star players during the summer. They are without Champions League football going into next season and could find it difficult to attract the top players. Wenger needs to seriously compete for the league title in the eyes of most Arsenal fans and Ozil would be crucial to any potential challenge. The playmaker is still one of the best number 10s in European football and is the creative spark in the starting line-up. He just needs to prove more consistently his qualities, but Arsenal are definitely a better side when he is on form.

In other Arsenal transfer news, Charlie Nicholas has named two defensive targets the club should look at signing.