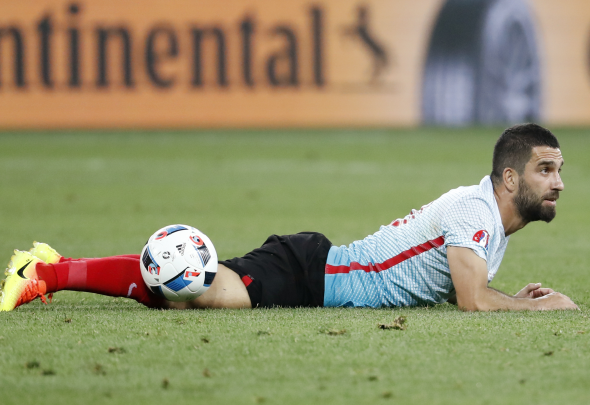 Arsenal have joined Turkish giants Fenerbahce in a move for Barcelona’s Turkish playmaker Arda Turan, according to a report.

The 29-year-old has been linked with a move away from the Nou Camp, after making just 18 La Liga appearances and scoring just two goals since joining the club in January.

Spanish publication Sport have reported that Arsenal are monitoring developments but must move quickly if they are to sign Turan, with Fenerbahce manager Vitor Pereira already in talks to sign the two-time La Liga Champion.

The Sun have also reported that German giants Borussia Dortmund are also interested in signing Turan, who has 94 Turkish caps to his name.

Barcelona manager Luis Enrique is looking to sell the Turkey captain, despite the former Galatasaray midfielder having four years remaining on his contract.

Turan could not find his way past Ivan Rakitic or Andres Iniesta in the second half of the 2015-16 season and started just one game in the final two months of the Barca’s campaign.

However, the midfielder may need some convincing to leave Barca, with Sport claiming that he wants to stay and fight his flop status.

After the signing of Villarreal’s Denis Suarez, Turan could find himself further down the pecking order. Preference is also given to those who have risen through Barca’s La Masia ranks, such as Sergi Roberto and Rafinha.

Wenger has money to spend and has brought in Borussia Mochengladbach captain Granit Xhaka and Japanese wonderkid Takuma Asano.

In other Arsenal news, Wenger is lining up this defender as a long-term replacement for Per Mertesacker.