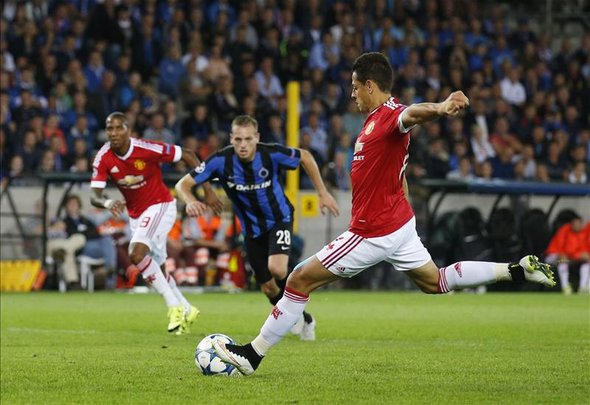 Arsene Wenger is weighing a move for ex-Manchester United striker Javier Hernandez, according to a reliable journalist.

But Gazette Dello Sport journalist and transfer expert Giulianelli revealed on his personal Twitter account on Saturday night that the Lacazette deal now seems “less likely” and Wenger’s team could now turn their attention to Hernandez.

The Mexican forward joined Bayer Leverkusen from United last summer and had a brilliant debut season, scoring 26 goals in 40 matches.

The 28-year-old was also prolific at Old Trafford, with his 157 appearances yielding an impressive 59 goals with 20 assists.

Hernandez would provide great experience to the squad after lifting the Premier League trophy twice already in his career, and could be regarded as the difference between Arsenal eclipsing their runners-up finish last season and ending their 12-year title drought.

Arsenal have been linked with several strikers in the summer window and French outlet Le 10 Sport claimed Lacazette has already agreed personal terms with the London club.

Lacazette, who has attracted interest across Europe, was in fine form last season for his current club, scoring 23 goals in his 44 appearances to help guide them to the Champions League.

The Telegraph claimed that youngster Chuba Akpom will not be sent out on loan at the start of pre-season and will be handed the chance to lead the Arsenal attack against Liverpool in the league opener.

Arsenal are still trying to sign a new a striker but, with bids turned down already this summer for Jamie Vardy and Lacazette, Wenger has told Akpom to stay for now and try to take his chance.

Giroud’s late return to pre-season training and a lack of progress with transfer negotiations leaves just wide men Alexis Sanchez and Theo Walcott as the main competition to the 20-year-old Akpom to lead the Arsenal attack in their Premier League opener in 10 days’ time.

Giulianelli first broke the news of Arsenal’s interest in Shkodran Mustafi and has delivered regular transfer bulletins on the Gunners in the summer window, which were later followed up by the established world’s football media.

In other Arsenal transfer news, the club are lining up a £19.5million bid for a german defender.