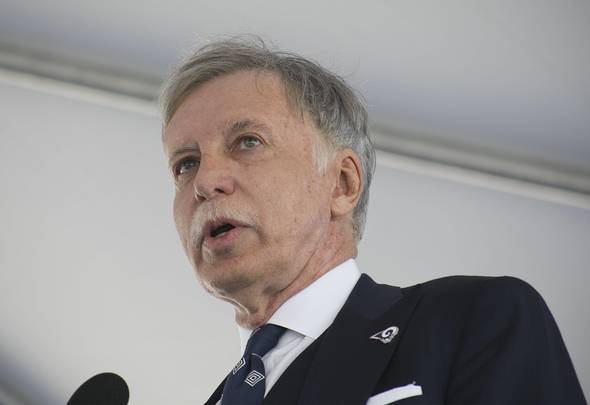 Arsenal fans deserve enormous credit for forcing the club to reverse its decision to join the European Super League.

That is according to finance guru and Football Insider columnist Kieran Maguire, speaking exclusively amid protests calling for the current Arsenal regime’s exit.

Footage shows hundreds of supporters demanding that Stan Kroenke and company leave the club following their decision to join the ESL.

The hierarchy withdrew from the competition just three days after its formation in the face of the backlash.

But that has not appeased a disenfranchised Arsenal fanbase.

Maguire claims that the project would likely be going ahead had it not been for Arsenal fans and other supporters of ‘big six’ clubs.

He told Football Insider correspondent Adam Williams: “I think without the response from fans, they would not have abandoned the project.

“You’ve got to give huge credit to the fans of Arsenal. They said: ‘This does not represent this club.’ The videos that are doing the rounds are remarkable.

“Because there was an almost universal negative reaction, it made it clear to the owners that this won’t fly.

“Their clubs stood to gain the most financially from this yet they have still emphatically said no.”

Arsenal are currently experiencing problems on the pitch too and lost 1-0 to Everton at the Emirates on Friday evening.

That defeat made it one win in five league matches and leaves Mikel Arteta’s side 10th in the table.

In other news, top pundit over the moon amid big update on mooted Arsenal signing.