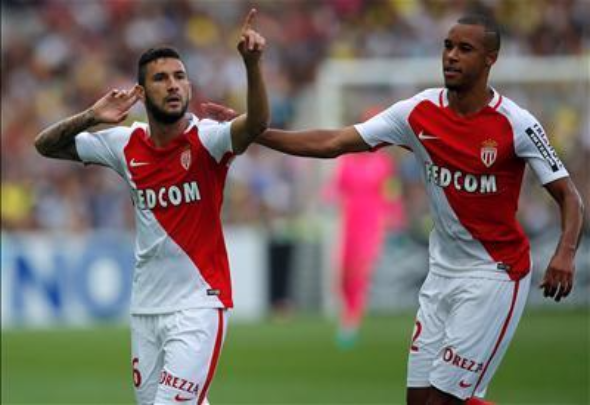 Arsenal have made an enquiry for Monaco defender Marcel Tisserand, according to a report.

The Mirror claims that Arsene Wenger is interested in the 23-year-old DR Congo international, as he tries to plug the gaps in his defence.

It is understood that Espanyol were hoping to sign the young defender, but the deal has been put on hold with the player anxious to see if the Gunners’ interest comes to anything.

Arsenal have been weighing up various defensive options after their pursuit of No1 target Shkodran Mustafi hit a stumbling block on Monday just 24 hours after manager Wenger revealed his club were in “ongoing talks” to land the Germany international.

France-born Tisserand can play at right-back and centre-back, but he has so far struggled to establish himself at Monaco after making his professional debut in 2013.

Tisserand has three-years left on his contract, but he has spent the last two-years on loan at fellow Ligue 1 club Toulouse, where he made 56 appearances for the club in all competitions.

However, despite having only played in seven encounters for Monaco, the one-time capped international played the full 90 minutes for the Ligue 1 club in their season opener against Nantes on Saturday, ensuring a clean sheet in a 1-0 victory.

Wenger is actively chasing defensive cover after injuries to Per Mertesacker and Gabriel Paulista.

The French manager saw his side keep a clean sheet against champions Leicester on Saturday, but the 4-3 opening day defeat against Liverpool will still be fresh in the mind of the long-serving boss.

In other Arsenal transfer news, Gunners target Jose Fonte will not be leaving Southampton this summer.