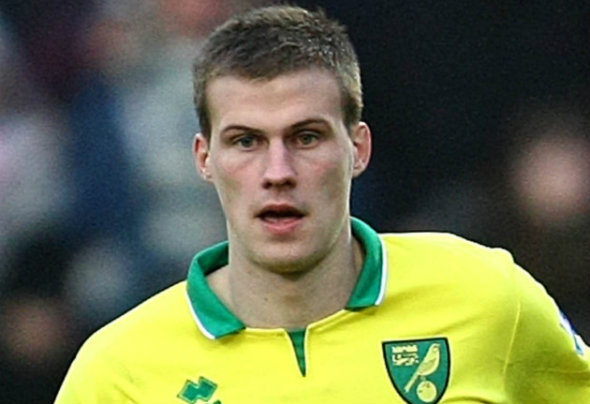 By Arsenal correspondent Tony Hughes
Arsene Wenger has claimed Ryan Bennett’s shove on Alexis Sanchez could have been a factor in the hamstring injury sustained by the Chilean.
Sanchez will miss two to three weeks with the injury, which he sustained in Arsenal’s 1-1 draw at Norwich last Sunday.
He pulled up in the second half of the clash after chasing a goal-scoring opportunity and was immediately substituted, but earlier in the game he had been shoved into a TV cameraman behind the touchline by Norwich defender Bennett.
Speaking at his media briefing on Friday morning, Wenger defended his decision to start with Sanchez after highlighting a “hamstring alarm” sustained by the player just two days earlier.
“No one said he could displace his hamstring or back when he was shoved into the cameras [by Ryan Bennett],” said the Arsenal manager. “If you want to blame me with the injuries, I have no problem with it.”
“[Injuries] are a debate that I leave to specialists. We compare our injuries across Europe and I don’t think we have more injuries than anyone else.
“Sanchez had four weeks holiday, he was rested in some games. We had five days between Dynamo [Zagreb] and Norwich.”


Sanchez’s injury is not as bad as originally feared – the club were initially concerned he could miss up to six weeks – and the forward has been given permission to fly home to Chile for a mini-break to rest and undergo the first phase of his rehabilitation.
However, Wenger confirmed that Santi Cazorla is likely to be out for three months with knee ligament damage sustained at Carrow Road in what is another shattering injury blow for Arsenal, who are already without Francis Coquelin for at least the same period.
“Cazorla [is seeing a specialist] and is possibly out until March,” added the Frenchman at his media briefing.
Arsenal take on Sunderland at Emirates Stadium on Saturday and are set to welcome back Kieran Gibbs, while Theo Walcott is also in contention to play after a five-week absence.