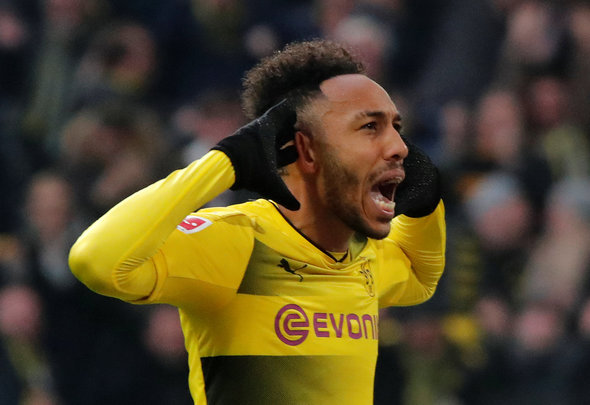 Arsenal newboy Pierre-Emerick Aubameyang has been accused by his former CEO, Han-Joachim Watzke, of purposely playing badly towards the end of his Dortmund career to help force a move to the Gunners.
In an interview with FAZ, as translated by the Daily Mirror, the Gabon international striker was acuse of ‘withholding performances’ amidst the initial interest from Arsenal,
“On Thursday, I laid it on the line for the squad — the next player who does something like that will fail miserably,
“He’ll run into major problems. The next player who tries to put us under pressure by withholding performances or even going on strike will not get a pass and will instead sit in the stands,” said Watzke.
Aubameyang had been suspended by the Dortmund bosses twice in the past year, once for missing a team meeting and the other for travelling to Milan.
It was this disciplinary record that led to some fans fearing the worse as far as Arsenal are concerned, having just parted ways with another dressing room distraction in Alexis Sanchez.
Although it is early days, there has been no sign of those issues during his time with Arsenal, the 28-year-old was electric during his debut and looked focussed.
Aubameyang linked up really well with his former team mate Henrikh Mkhitaryan, and got himself on the score sheet with a wonderful lofted goal.
The future is bright for Arsenal’s newest signing, but it appears he may have burned some bridges back in Germany.
In other Arsenal news, Olivier Giroud has stated that Chelsea was the only destination for him.
Don’t miss out on breaking and exclusive Arsenal news by clicking here for our brilliant 24/7 updates on Facebook, Instagram and YouTube.