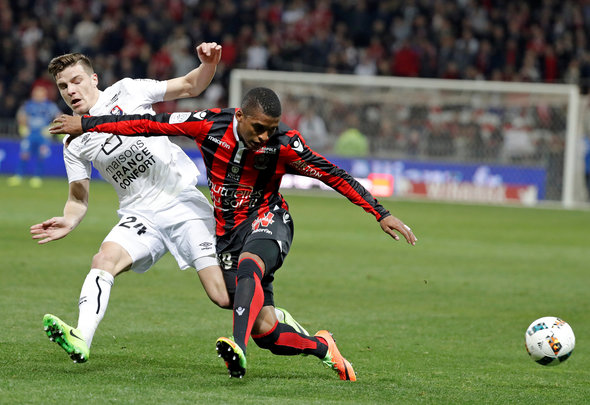 Arsenal have tabled a “big offer” for Nice ace Dalbert Henrique, according to a reliable journalist.

Sky Sports Italy correspondent Gianluca Di Marzio, who is renowned as a transfer expert, has claimed on his personal website that the Gunners are “serious contenders” for the 23-year-old left-back’s signature.

It is said Inter Milan have been chasing Dalbert for a number of weeks, but they are yet to make an offer to rival Arsenal’s latest bid.

The Brazilian ace was a mainstay of Nice’s back line last term, making 38 appearances across all competitions, which yielded four assists.

Dalbert is primarily a left-back, but he is also comfortable further up the field, and he was used as a left-midfielder on occasion by Nice manager Lucien Favre last campaign.

Arsenal have already signed one attacking left-back this summer in Sead Kolasinac, so it is difficult to see why they are interested in Dalbert. The Gunners do need defensive reinforcements, as Kieran Gibbs and Nacho Monreal failed to impress last term, but Dalbert does not seem to be the answer. However, Di Marzio is a very reliable source so it is safe to believe Arsenal have made a bid for the left-back, but how much the offer is worth can only be speculated on. Arsene Wenger may be looking to play Dalbert in a more advanced position, much like Favre did last season.

In other Arsenal transfer news, Wenger has tabled a £35million offer for his Ligue 1 ace.