Arsenal will allow David Luiz to leave upon the expiration of his contract in June with William Saliba and Konstantinos Mavropanos set to return after successful loan spells.

That is the view of former Gunner striker Kevin Campbell, speaking exclusively to Football Insider about a report which suggests Luiz is nearing the end of his time at the Emirates.

The 33-year-old has less than three months remaining on his contract in north London and could leave on a free at the end of the season. 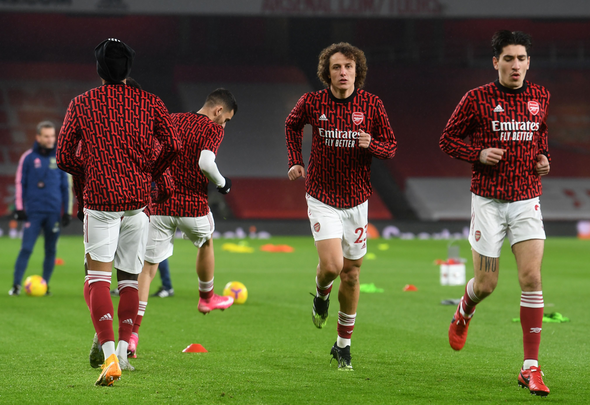 Football.London‘s Chris Wheatley claims the club are “unlikely” to offer the Brazilian a new deal at this stage.

Luiz has made 29 appearances across all competitions for Mikel Arteta’s side this season but is currently sidelined with a knee injury.

When asked by Football Insider‘s Dylan Childs for his thoughts on Luiz’s future, Campbell said: “He would be down the pecking order next season.

“If they were to tie Luiz down to a new deal, would be really play many games?

“There are some decent centre-halves there, especially with William Saliba and Mavrapanos coming back.

“Maybe it is time to move on for Luiz and it looks like that is what they are probably going to do. When you look at his wages, that could probably pay for two players’ wages.” Saliba is currently enjoying a successful loan spell at Nice and Arteta is expected to give him a chance in the first-team next term.

Mavrapanos is also benefitting from a temporary spell away from the Emirates, having made 18 Bundesliga appearances for Stuttgart this season.