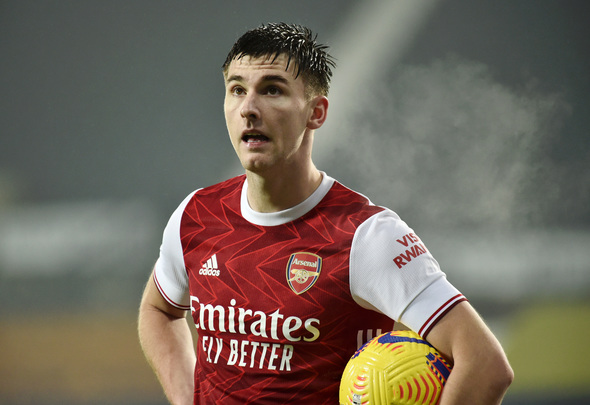 Kevin Campbell has insisted Arsenal must address a lack of depth at left-back in the summer transfer window after Kieran Tierney suffered a knee injury.

Speaking exclusively to Football Insider, the former Gunners striker said the 23-year-old’s “loss will be felt” after the club revealed the defender would be sidelined for four to six weeks.

Arsenal announced on Wednesday that their star left-back had suffered knee ligament damage in the 3-0 loss against Liverpool. 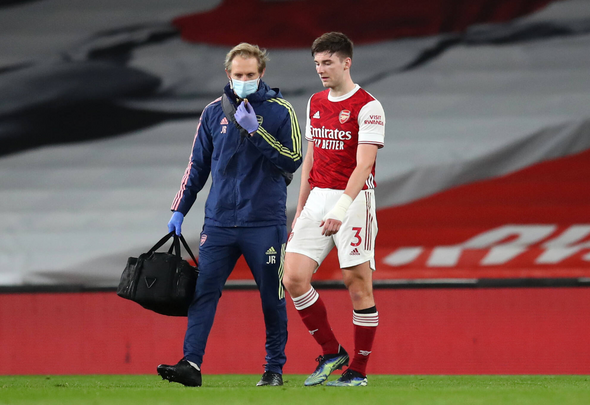 Speaking to Arsenal.com, Arteta admitted left-back was a position of “weakness around the squad” as they do not “have anybody to replace” Tierney.

A right-back by trade, Cedric Soares deputised for the Scotland international in the 1-1 draw against Slavia Prague on Thursday.

When asked for his verdict on Tierney’s injury, Campbell told Football Insider‘s Tai Kolade: “Injuries have played a big part in our season.

“You need at least two players in every position now and at left-back we don’t have that.

“Tierney has been an absolute warrior for us this season, he loves to get stuck in.

“Unfortunately for us he has come out on the bad side and his loss will be felt. It is an area Mikel Arteta must address in the summer.” 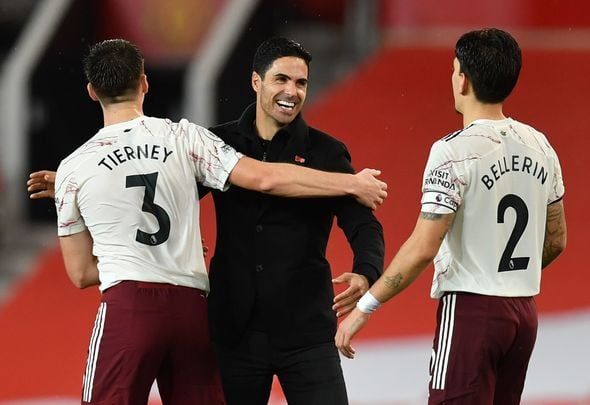 Tierney has been one of Arsenal’s standout performers this season, with the full-back contributing two goals and four assists in his 33 appearances across all competitions.

The Gunners’ other senior recognised left-back, Sead Kolasinac, is currently out on loan at FC Schalke.