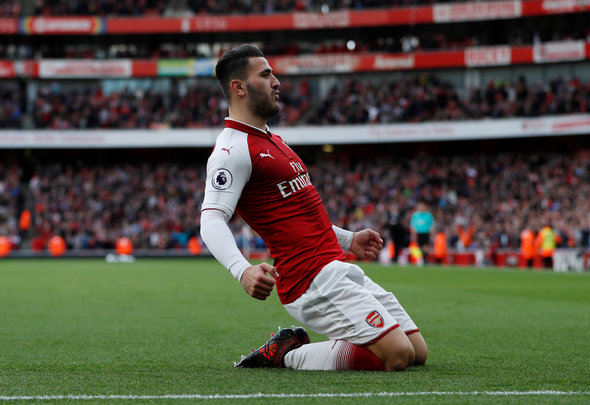 Arsenal defender Sead Kolasinac has said that Saturday’s north London derby against Tottenham will come down to which team shows the most collective ability rather than the individual talent from the stars on show.

The two clubs come into the clash separated by just four points, with the Gunners in sixth and Spurs in third, level on points with second placed Manchester United.

Neither club could deny that individual performances have been crucial to their success in recent years, with Harry Kane and Alexis Sanchez both having carried their respective clubs with outstanding goal scoring records.

However the Bosnian international, who arrived at the Emirates Stadium from German side Schalke on a free transfer over the summer, says that such hotly contested matches like the derby will be decided by the strength of the teamwork.

The defender also said he knows just how important getting victory over their neighbours is to the fans, having been told of the history immediately after arriving in England.

Speaking to Sky Sports, he said: “Both teams are very strong and boast plenty of individual players who can decide a game.

“At the end of the day, though, you have got 11 players on the pitch for each team. And, yes, there are players who can make a difference individually.

“But on Saturday the winner will be the team that stands together collectively and fights harder.”

“In my first few weeks here I was told that the Spurs match is the most important of the season.

“No question, as a footballer you look forward to those games.”

The last match between the two sides ended in a 2-0 win for Tottenham, who have not lost to their rivals in their last six meetings, while Arsenal held out for a 1-1 in Spurs’ last visit to the Emirates.

In other Tottenham news, Scott Parker has revealed what he first thought of Harry Winks back in 2011.