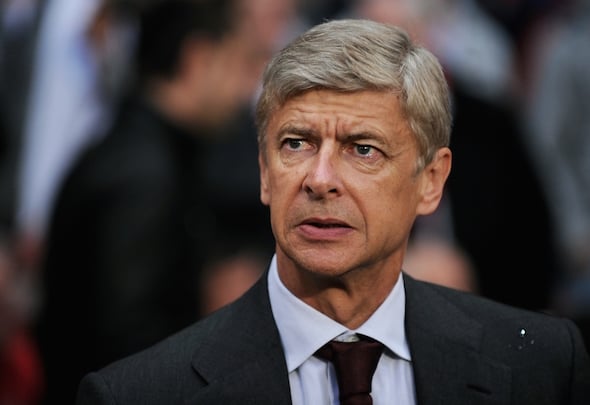 Arsene Wenger has revealed that Arsenal scouts have been sent to the lower leagues to search for home-grown talent.

Arsenal have already recruited Bolton and England youngster Rob Holding this summer and Wenger is set to explore non-league football for more players.

‘I’ve said to our scouts to look at the lower leagues because the good players are there now,” Wenger told the Mail. “Don’t forget we have many foreign players in the Premier League but good English players have to go down to develop.

‘What I think will happen is that you will have more and more players coming out of the lower leagues who have had to fight their way through.’

Holding, 21, has become the latest home-grown player in the Arsenal squad and joins England Under-21 team-mate Calum Chambers at the Emirates.

The Gunners were linked with Leicester talisman Jamie Vardy this summer but the former non-league player elected to stay with the Premier League champions.

Vardy is the most high profile player to come from non-league football in recent years in a sensational climb up the football pyramid, scoring 51 goals in 145 appearances for Leicester and spearheading their title win last season.

The 29-year-old continued his phenomenal rise by featuring for his nation at Euro 2016 and will get the chance to play in the Champions League this season for the first time in his career.

Arsenal have spent big on Swiss midfielder Granit Xhaka who arrived for £32million, but remain far behind the likes of the two Manchester clubs who have been very active in the window.

United completed a world-record £89million signing for Paul Pogba from Juventus, whilst their neighbours City completed a deal for defender John Stones for a reported £47.5million.

Wenger is more reserved in his transfer approach and will be hoping to find the next breakout star from non-league football, with former players Rickie Lambert, Charlie Austin, Troy Deeney and Chris Smalling all making the step-up to the Premier League from the lower division.

In other Arsenal transfer news, the club want to sign two players in a deals worth £40million.